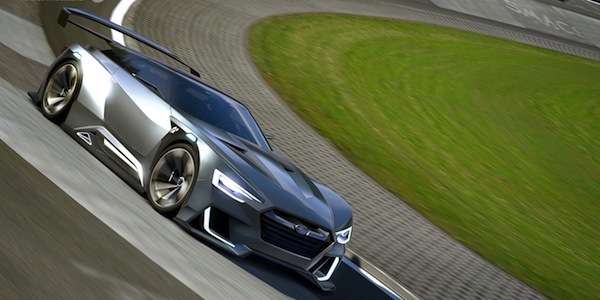 Is Subaru secretly testing a radical new mid-engine sports coupe based on the BRZ?
Advertisement

In the automotive world, you can’t keep a secret very long. If reports from Car and Driver are true, Subaru is secretly testing a new mid-engine sports coupe. A “source close to Subaru” told C&D, the Japanese automaker has been secretly testing the radical experimental prototype at its test facility SKC (Subaru Research and Development Center) track. It’s Subaru’s secret proving ground for their vehicles before they make it to production.

The sports coupe will be powered by a mid-mounted turbocharged boxer engine driving the rear wheels, and two electric motors powering the fronts. Yes, this will be an all-wheel-drive sports car that is said to be developed from a modified rear-drive BRZ. The insider told C&D, “Whether the end result will be a two-door sports coupe or some kind of sports crossover/CUV is still in the evaluation stage. A coupe seems more likely, though.”

Subaru’s VIZIV GT Vision Gran Turismo followed on the heals of the "Subaru VIZIV 2 Concept" that was revealed two years ago at the 2014 Geneva show. The model pictured above took the concept to another level and had a chiseled body, large diffuser, a roof integrated rear spoiler, and a shooting brake silhouette that is aerodynamically enhanced.

The car weighed in at just 1,380 kg despite being equipped with batteries and motors for its hybrid powertrain. It was powered by a 2-liter boxer engine and came mated to one high power motor in the front and two in the rear, which achieved a total system power output of 591 horsepower and 800 Nm (593 lb.ft) of torque.

Powertrain would be reversed in the new mid-engine sports coupe

According to the Subaru source, the new mid-engine sports coupe would have just the opposite and come with a turbo engine (likely Subaru’s new 1.6-liter turbo boxer that powers the Levorg) that would sit behind the driver propelling the rear wheels, and two electric motors would drive the front wheels. It could produce around 330hp exceeding the WRX STI performance sedan.

Subaru’s new Global Platform will make it possible for Fuji Heavy Industries, maker of Subaru vehicles, to pull this off with limited resources. Subaru said the new platform allows one design concept to be adapted not only to gasoline engines but also to hybrid vehicles, plug-in hybrids, electric cars, and other types of alternative power units.

The report says Subaru will likely preview the new radical mid-engine sports coupe in about two years as a concept show car to gauge media and public reaction. If record sales continue to roll for Subaru as they have in the past, Fuji Heavy could have the development money to produce this new sports car. Stay tuned.