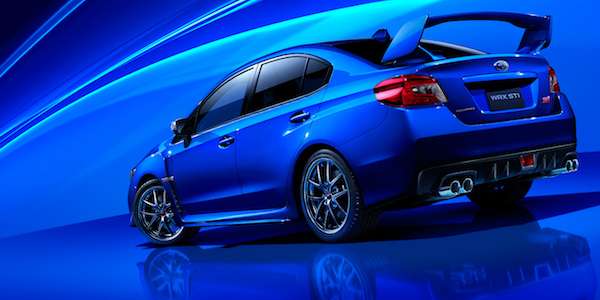 The 2017 Subaru WRX STI continues to set the benchmark as the go-anywhere performance car. How does Subaru keep doing it?
Advertisement

How does Subaru keep the 2017 WRX STI the benchmark as the go-anywhere performance car? It starts with Subaru Tecnica International (STI). The Subaru WRX STI is a rally-bred performance car that gets its street-cred from Subaru’s involvement in motorsports. Whether it’s the Australia Rally Championship, Rally America, Japan Rally Series, Canadian Rally Championship, Red Bull Global Rallycross, or the Nurburgring 24-hour race, Subaru continues to pump millions of dollars into motorsports. It pays off in Subaru Technica International’s ability to keep the WRX STI at the top of its game.

It’s how the 2017 Subaru WRX STI remains the benchmark as the go-anywhere performance car. Fans like to see the same car they drive on the street, taking on the best competition from around the globe. This is where Subaru perfected and continues to hone the Subaru Symmetrical all-wheel-drive system that sends power to all 4 wheels.

STI’s involvement makes all the difference

Subaru Tecnica International, the motorsport division of Fuji Heavy Industries (FHI) who manufactures Subaru cars, has stepped up their involvement in the U.S. race scene. STI’s motorsport technology filters down to Subaru’s entire lineup and it’s one reason why Subaru continues to set new records every month with the WRX STI and WRX performance sedans.

Yoshio Hirakawa, President of STI says the performance arm wants fans to learn more about who they are and what they do. Fans will see more of STI at events like the Wicked Big Meet in New England and Subiefest in California where STI had a big display of their motorsport vehicles collection from the past. Hirakawa says along with motorsports events, “We feel this is an important way for them to know what STI products are truly capable of.”

Fuji Heavy’s President and CEO, Yasuyuki Yoshinaga, knows that motorsports plays a key role in marketing and technology and they will keep STI’s involvement at a high level in the future. While other brands like Mitsubishi with their Lancer Evolution have pulled out of the performance car market, Subaru knows it’s a smart move to stay in the race. It’s how the 2017 Subaru WRX STI continues to set the benchmark as the go-anywhere performance car.