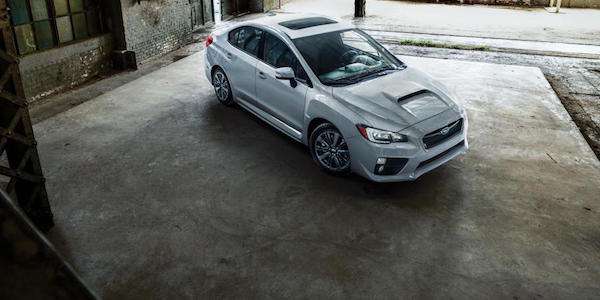 The 2017 Subaru WRX and WRX STI have helped Subaru Canada achieve their best June ever. How does WRX/STI keep delivering?
Advertisement

The new 2017 Subaru WRX/STI can’t be stopped. What’s going on with the new models and why are they so popular? Subaru Canada has achieved their best June ever with the help of their performance sedans, the 2017 WRX and WRX STI. Both models also saw their best June ever with a 54.4 percent increase over the previous year. The WRX/STI has been so popular that some Canadian buyers are having to wait 5-6 months to get the WRX STI model they want.

It hasn’t deterred buyers from waiting to get the new updated WRX/STI sedans. Sales in North America and around the globe have been stellar. Subaru of America reports the 2017 WRX and WRX STI had a 44.5 percent increase over the previous June year to date. The performance cars are up 6.5 percent for the first 6 month of the year in the US. How is Subaru WRX/STI doing it?

Subaru had a goal of appealing to a wider audience with the new-generation WRX performance sedan and it’s working. Gone are the days when this car was only sold to hard core enthusiasts. The WRX is more refined, and a new generation of buyers are responding in a big way. WRX and WRX STI get new upgrades that make it more appealing to the average consumer. What can buyers get on the new models?

On the inside, both 2017 WRX and WRX STI models come standard with new tricot headliners. The base WRX STI features auto on/off headlights in auto mode position with windshield wiper operation. Power window auto up/down function on driver and front passenger windows with anti-pinch protection is now standard on all trim levels.

WRX models equipped with EyeSight now come with Steering Responsive Fog lights. This works when the fog lights are turned off and activates the left or right fog light independently, depending on the vehicle speed and steering angle. The feature provides enhanced illumination in the direction of the turn. The fog lights are pre-aimed for maximum coverage in corners.

Even though the 2017 Subaru WRX and WRX STI have serious motorsport credentials, the new models bring a more refined cockpit that includes a wide range of desirable features that bring added comfort and convenience to the everyday commute. But the sport models deliver enhanced tuning and the latest motorsport technologies for true performance buyers. Both models produce greater response, sharper handling and unmatched levels of control for the performance enthusiast. WRX/STI is setting new records on the track and on the street.