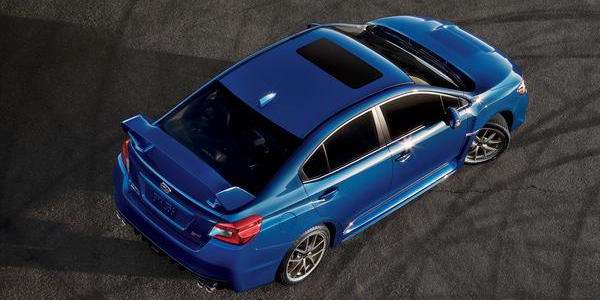 Enthusiasts Finally Get Their Hands On the 2017 Subaru WRX/STI

Did sales rebound with the 2017 model arrival? The 2017 Subaru WRX STI has its best month ever for June.
Advertisement

Sales rebounded in a big way with the arrival of the 2017 Subaru WRX STI. In May, sales of the popular WRX/STI slipped almost 20 percent because production on the 2016 models had finished and 2017 WRX STIs hadn’t arrived yet. Sales are up in June as 2017 models are arriving from a backlog of buyer orders finally reaching U.S. shores. It’s best June ever.

Sales were up so much that the performance sedans had their best June ever. Subaru of America reports the 2017 WRX and WRX STI had a 44.5 percent increase over the previous June year to date. The performance cars are up 6.5 percent for the first 6 month of the year.

Overall, Subaru of America is up 5.1 percent in June for the total lineup with WRX/STI right behind the new Outback leading in YTD percentage of change. This gives the brand 55 consecutive months of month-over-month growth. The 2017 Outback and Crosstrek also had their best June ever.

How long is the wait for STI?

With the last 2016 model WRX STI’s all gone from showrooms in (May), some buyers last month were being told there was 10-12 week wait to get their new STI. As they factory in Gunma, Japan ramps up production, the sports cars are keeping the assembly lines humming with the two performance sedans. Fuji Heavy reports an increase of production year-on-year led by strong demand for the Subaru WRX/STI and the Forester.

Who are US STI buyers competing with?

Buyers in the U.S. have to compete with Canadian, Australian and European performance enthusiasts who are also trying to get their hands on the popular 2017 STI. Some Canadian buyers are having to wait 5-6 months to get the WRX STI model they want. Australian fans are also having to wait for the new models to arrive down under.

Subaru still can’t produce the 2017 Subaru WRX STI fast enough. Indiana’s factory production capacity will come online later this year and it will help take some supply pressure off Subaru’s factory in Gunma as the all-new 2017 Impreza begins production in Lafayette. What will happen with the 2018 Subaru WRX STI? Will it get a new 2.0-liter engine? Stay tuned.