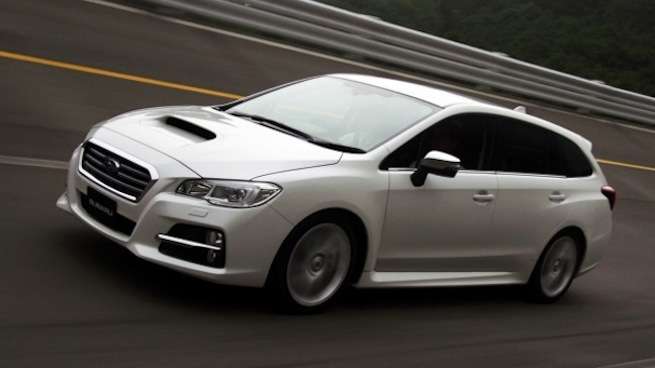 How will sporty LEVORG the WRX replacement be received in Europe?

Subaru is replacing the 2015 WRX in Europe with the new 2014 LEVORG performance sport wagon. How will it be received?
Advertisement

Can Subaru really be successful by replacing the next-gen WRX performance car in Europe with a wagon? The new LEVORG performance wagon was just unveiled at the Tokyo Auto Show 2013 and it will headed to Europe. We reported here earlier this week that it will likely replace the 2015 WRX in Japan and Europe. Why is Subaru deciding to do this?

According to a report by Motoring.com.au in Australia, Subaru execs felt that the brand needed an injection of something completely different in the European market and because Europeans love their wagons, the LEVORG is that car. Wagons account for more than 25 percent of of compact sales in Europe and Subaru wants to take advantage of the competitive segment.

Europe has always been known to have the fastest wagons on the planet with the Audi RS4, BMW M5 and 2014 Mercedes-Benz E63 AMG. The new LEVORG won’t compete with the big boys, but it will be competitive with the VW Jetta sport wagon, Toyota Auris and Honda Civic Tourer.

The Subaru LEVORG sports tourer was unveiled this week at the Tokyo Motor Show 2013 on Wednesday and will be the Japanese automakers new entry into the sport wagon market. Subaru has had many years experience in developing successful wagons and now they’ll take the performance technology from the WRX and join the two together. Europeans should love the two turbo engine choices they will have.

LEVORG Sport tourer will come with two engine choices. It will be powered by a new 1.6-liter direct-injection turbocharged boxer engine producing 125kW/250Nm This newly-developed engine will be a 1.6-liter Horizontally-Opposed direct injection turbocharged powerplant that was developed from the FB family of engines. The new sport wagon will be the first to get the turbocharged version of the FB16 engine that will make it to market.

It will also come with the new turbocharged 2.0-liter boxer generating 221kW/400Nm (295 hp 295 lb ft torque) that first appeared in the 2014 Forester. It will be similar to the new sport-tuned 2.0-liter boxer engine that just made its debut in the 2015 WRX at the LA Auto Show on the same day as the LEVORG premiere in Japan. The smaller displacement engine can develop more power than the outgoing 2.5-liter and sits lower in the chassis for better weight distribution.

European buyers will be sure to embrace Subaru’s newest entry into the compact sport tourer segment. Will it be enough to make them forget about the new 2015 WRX? The production 2014 Subaru LEVORG sport tourer is scheduled to launch in Japan spring 2014 with pre-orders beginning January 4, 2014.

Mike A wrote on November 22, 2013 - 11:10am Permalink
Why can't this come to north america! I love my WRX hatch and would never even consider a sedan version....but this car makes me want to sign on the dotted line. Shame on subaru for ditching the wrx hatch....shame.