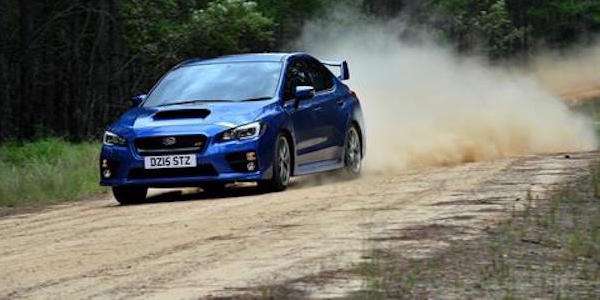 How Subaru’s WRX STI Will Thrill Fans at Goodwood

How will Subaru thrill performance enthusiasts at Good Festival of Speed? Two Subaru WRX STIs will be on hand.
Advertisement

Goodwood's Moving Motor Show will be about performance for the Subaru brand. It’s Subaru’s debut at the Moving Motor Show this week. The 2016 WRX STI performance sedan, BRZ sports coupe and Levorg sports tourer and BTCC race car will be hand for performance enthusiasts not just to see, but to book a ride. Fans who sign up early will get to drive the Subaru WRX STI, BRZ and Levorg on the famous Goodwood hillclimb. Another famous WRX STI will be thrilling fans.

Two other Subaru motorsport machines will be on hand

Mark Higgins will pilot the 2016 WRX STI Time Attack car in which he set a new four-wheeled lap record at the Isle of Man TT course last month. Fans will also get to see Jason Plato, team driver for Silverline Subaru BMR Racing, in action on the hill in a BTCC Levorg. Subaru just won their first one-two BTCC victory last weekend.

Subaru is all about performance

The Goodwood Festival of the Speed is one the UK’s biggest motoring events on the calendar. Subaru’s participation will add a bit more performance to the event. Subaru’s entrance into the BTCC is another motorsport involvement that should prove beneficial in showing performance enthusiasts what the brand is about. Subaru UK Managing Director Paul Tunnicliffe says, “Our performance cars will be on display all weekend along with BMR Racing's Subaru Levorg, which is the ultimate expression of this.”

The 2016 Subaru WRX STI is the brand’s ultimate street machine. It’s an iconic car for the brand. All over the globe, performance enthusiasts get to own a performance machine that has deep motorsport roots. Subaru will also bring the BRZ and Levorg that also offer driving dynamics beyond the mundane.

Fans are advised to get to the Subaru stand early so they can book slots to drive the 2016 Subaru WRX STI performance sedan, BRZ sports coupe and Levorg sports tourer. Goodwood is expecting 35,000 visitors to today’s Moving Motor Show. Fans will be treated to more performance as Subaru makes their debut.