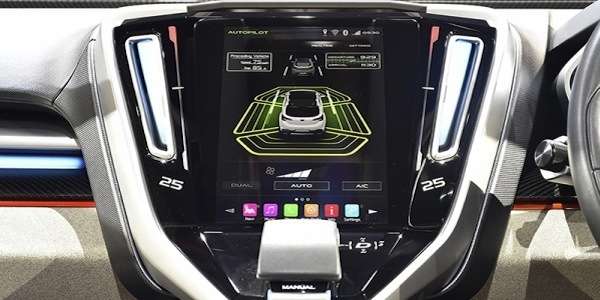 How Subaru plans automatic driving by 2020

It’s called the VIZIV Concept and its at the Tokyo Motor Show now. What does this vehicle reveal about Subaru’s future plans?
Advertisement

Automatic driving is coming in the future and Subaru’s VIZIV Concept vehicle points to what Subaru has planned. How far away is Subaru from unveiling the new technology on a series production vehicle like the popular Forester SUV? Fuji Heavy Industries (FHI) parent company of Subaru says it will be the year 2020 when they unveil the new technology and it rolls off the assembly line in a production vehicle.

Subaru has publicly stated they want to be the leader in automotive safety and they are demonstrating that commitment at the Tokyo Motor Show this week. VIZIV brings new safety technology that includes automatic driving capability and other advanced safety technology resulting from the ongoing evolution of Subaru’s EyeSight driver assist system. Inside, a camera for monitoring the driver is located on the instrument panel glare shield.

Subaru’s VIZIV Concept shows off the expanded capabilities of Subaru's EyeSight stereo camera technology, the benefits of which are said to be "realized at all speeds on expressways." Subaru will merge the existing EyeSight camera technology with all-direction radar, high-accuracy GPS map systems, advanced telematics and human-machine interfaces (HMI).

This will allow EyeSight to become the platform for a new automatic driving technology that will be able to anticipate and react to everything that’s happening immediately around the vehicle including changing traffic and weather conditions. Subaru says this technology will be realized in five years.

Subaru just received the Good Design Award 2015 Gold prize for their new-generation EyeSight safety system in Japan. Look for Subaru to continue to advance their EyeSight technology further to include automatic driving in their series production vehicles like the Forester, Outback and Crosstrek all-wheel-drive vehicles by 2020. Stay tuned.