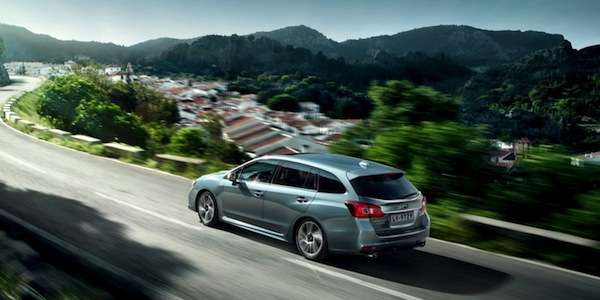 How Subaru made Levorg safer than their other models

The new 2016 Subaru Levorg sports tourer that is launching in the UK will be safer than all other models in the lineup. How did they make Levorg safer?
Advertisement

Subaru already boasts then safest cars on the road as every one of their vehicles are Insurance Institute for Highway Safety (IIHS) Top Safety Picks and have been for seven years running (2009-2015). Subaru says their goal is to be the number one auto brand for safety in the world.

When Nobuhiko Murakami, Corporate Senior Vice President Fuji Heavy Industries (FHI), unveiled the new European Levorg sports tourer in Geneva, he made an interesting statement to the press. He said, “We aim to become the number-one brand for overall safety”. The new Levorg sports tourer seems to be the bell-cow in leading safety for the brand.

How Subaru made Levorg safer than its siblings

Subaru used a stronger body shell for Levorg and it also gets a suite of active safety technologies that sets it apart from Forester, Outback, XV Crosstrek, Legacy, WRX/STI, Impreza and BRZ. Subaru says the new Levorg boasts a higher proportion of ultra-high tensile steel than other models in the Subaru range, with 50 percent of the body made up of strong, yet light steel alloys for the greatest possible crash safety performance.

The new Levorg also comes equipped as standard with a comprehensive safety package that includes the new ‘Subaru Rear Vehicle Detection’ system (SRVD), which alerts drivers to vehicles which are crossing behind. The sports tourer also comes with Blind Spot Detection, which alerts drivers to cars sitting in their blind spot; Lane Change Assist, which warns drivers of fast-approaching vehicles behind when the driver indicates to change lane; and Rear Cross Traffic Alert, which detects vehicles passing behind when reversing out of a parking space.

Levorg also comes with front, front side, curtain and driver knee airbags, whiplash-reducing front seats, and High Beam Assist. With all this new technology, the Levorg is expected to receive a five-star Euro NCAP safety rating when it is tested later this year.

The new 2016 Subaru Levorg is leading the way for the brand and is an example of how Subaru intends to be the overall safety leader in the world. They will put the safest cars on the road with a strong, light body shell and a wide range of passive and active safety technologies. Look for Subaru to also put all these safety technologies in the Forester, Outback, XV Crosstrek, Legacy, WRX/STI, Impreza and BRZ.