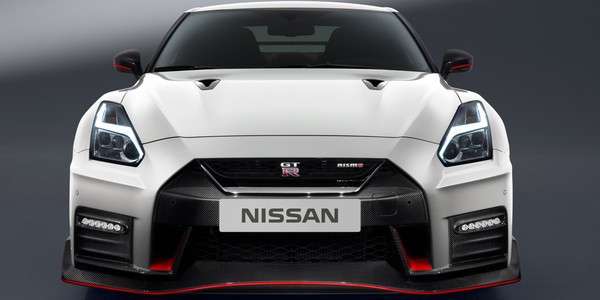 The 2017 Nissan GT-R has been announced. How does Nissan ensure the highest performance quality in all their cars?
Advertisement

Nissan is known for its performance division NISMO and the GT-R high-performance sports car. How does Nissan ensure performance in the rest of their vehicles for the average consumer? Nissan uses a race car driver, named Paul Eames, who started his automotive career in the mid-eighties as a technician.

What does Eames do for Nissan?

He’s one of only four expert drivers outside Japan who's earned Nissan's ultimate driving qualification. He takes Nissan’s vehicles out on the company's various test tracks around the world and completes countless laps. It’s not just about how fast a vehicle can go. Eames ensures every vehicle Nissan develops is dynamically the best it can be for roads around the globe.

With high-performance vehicles like the GT-R, the goals are different than they are for the Nissan Juke. "With the new GT-R, which goes on sale this summer, the objective was to make it as exciting, grippy and stable as possible when being driven to extremes, because that's what a GT-R owner wants," said Eames. Consumers looking for a crossover want something very different.

For vehicles like the Juke and European Qashqai crossovers, the rules are different. Eames needs to make sure these vehicles are agile, stable and safe. But at the same time, they need to “deliver comfort and suppleness for the people who will buy them," said Eames. The Nissan test driver attempts to replicate how Nissan customers will actually drive their cars in the real world.

He drives them over curbs, across rutted tracks, on major highways and in heavy stop/start traffic. Eames says, ”For Nissan, it's all about the quality of the driving experience. Only then can I really evaluate the true dynamic performance of a car and make sure it's right for the customer.” What consumers need in one country might not work in another. As a result, he travels around the world from cold-weather testing near the Arctic Circle to hot-weather testing in Spain.

The 2017 Nissan GT-R high-performance sports car makes its dealer launch this summer. The development and testing that goes into this performance car is different than what Eames does with the Nissan Rogue crossover or new Sentra compact sedan. It’s all about customer satisfaction.