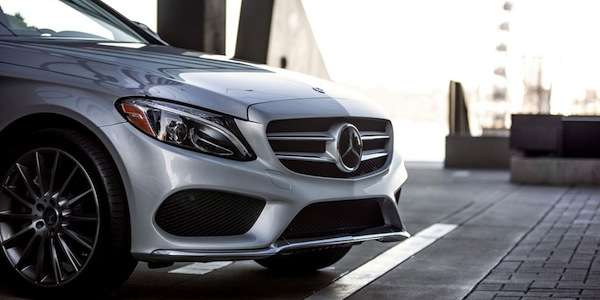 Mercedes leads the way in climate and environmental protection. How does the new 2015 Mercedes-Class contribute in a big way?
Advertisement

The new 2015 Mercedes-Benz C-Class has launched around the globe and it helps the German automaker be the leader in environmental protection. It’s just one vehicle in the Mercedes fleet that helped Daimler AG be acknowledged at the 2014 CDP Climate Leadership Award Conference in Munich. The group acknowledged the German automaker as the leader in its sector for the automotive industry.

What did Mercedes do to accomplish this?

Mercedes received the award for its “outstanding efforts and exemplary transparency” in tackling climate change, and achieved the maximum possible score of 100 in the Climate Disclosure Leadership Index (CDLI). The group also recognized Mercedes for receiving the highest possible performance rating of "A" for the measures it has introduced, the progress it has already made and its planned strategies for reducing CO2 emissions.

Mercedes reduces emissions in their fleet

CDP acknowledged the fact that Daimler has reduced the CO2 emissions of its new passenger car fleet in Europe by more than 20 percent to 134 g/km over the last five years. In addition to constant improvements to the individual vehicle models like the 2015 Mercedes-Benz C-Class, Mercedes also has reduced emissions in their plants. By the year 2020, CO2 emissions of the company's plants in Europe are to be reduced by 20 percent compared with 1990. This represents a two-thirds reduction in emissions per passenger car produced.

A C-Class hybrid on the way

Reports say a new Mercedes C-Class plug-in hybrid is coming. A report by AutoCar says that Mercedes is gearing up to bring more hybrids to the market and the new C-Class will be getting a new hybrid drivetrain. Mercedes just introduced the B-Class Electric Drive, but the report says the German automaker will pour more resources into producing plug-in hybrid technology for its larger cars in their lineup.

Mercedes-Benz just launched the all-new 2015 C-Class here in the U.S. and it looks like a new plug-in hybrid C is coming. Mercedes is gearing up to bring more hybrids to the market and the new 2015 Mercedes-Benz C-Class will be a prime vehicle for Mercedes to offer their new PHEV Rear-wheel Architecture.

The new 2015 C-Class has launched around the globe and its the brands top seller around the globe. The new C-Class is more fuel-efficient, cleaner and more aerodynamic than the previous generation. It’s an important vehicle in the Mercedes fleet that helped Daimler AG be acknowledged at the 2014 CDP Climate Leadership Award Conference in Munich. The new 2015 Mercedes-Benz C-Class helps lead the way for climate and environmental protection now, and will play a bigger role in the future.