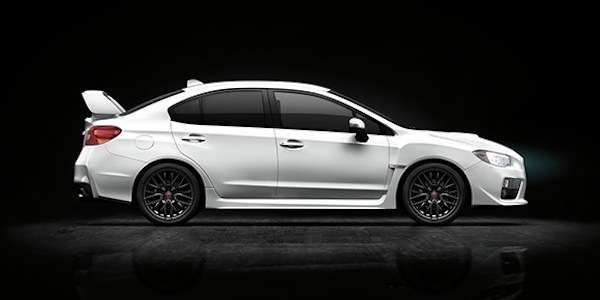 The 2016 Subaru WRX and 2016 WRX STI is making its dealer launch in Australia. What new safety tech will they get?
Advertisement

The Subaru brand is all about safety and they transfer that safety technology now to the new 2016 WRX and 2016 WRX STI performance compacts. I addition to the performance features fans have come to know and love about WRX/STI, building safe vehicles is what sets the brand apart from the competition. The 2016 Subaru WRX and WRX STI pocket-rockets, that are launching today in Australia, now come with a new layer of safety technology.

The entry level WRX gets upgraded with 18-inch alloy wheels and a new 6.2-inch infotainment touch screen. Pricing in Australia stay the same at $38,990 for the manual and $40,990 for WRX with the continuously variable transmission (CVT). Prices have been reduced by $500 for the entry-level WRX STI, and $200 for the STI with a large trunk spoiler.

Subaru says the iconic REX as its called down under, is selling at levels not seen since the 1990s. When the new generation 2015 WRX/STI was launched in Australia, the performance cars achieved all-time record sales in the first month of sales. The new-gen 2015 WRX and WRX STI immediately smash a 15-year record established in 1999.

The kind of excitement from the new Subaru performance models hadn’t been seen since 1999 when the first generation WRX was first introduced in Australia. Subaru performance fans snatched up the 2015 WRX/STI in record numbers. With the new safety technology on the new 2016 Subaru WRX and 2016 WRX STI, it should created even more excitement around the performance compacts in Australia. Subaru Australia Managing Director, Nick Senior, said: “The latest list of new technologies can only boost their turbocharged sales success even further.”