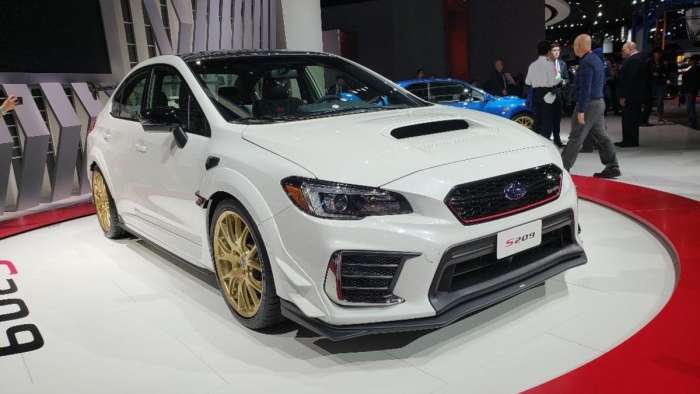 Subaru unveiled the highest-horsepower ever 2019 Subaru WRX STI S209 at NAIAS. Here’s a gallery of pics and full details.
Advertisement

Subaru Corporation and Subaru Tecnica International unveiled the 2019 WRX STI S209 at the 2019 North American International Auto Show for U.S. performance fans. The highest-horsepower ever STI sedan was officially unveiled at the press day event in Detroit with much anticipation and excitement because this is the first “S-line” STI model launching in the U.S. and outside of Japan. Before now, it’s been forbidden fruit.

The WRX STI “S” Series have been Japan-only limited edition models up until now, but that all changes as Subaru of America told Subaru Tecnica International, they want one for U.S. performance fans. Here are the full details on the new S209.

There were big questions what would power the S209 since the Japan-spec S208 revealed last year at the Tokyo Motor Show, came powered by an STI hand-built EJ20 2.0-liter DOHC 16-valve dual AVCS twin scroll turbo boxer producing 329 PS (325hp). What do U.S. fans get?

The good news is, the STI S209 will be available exclusively in the U.S., but the bad news is there will only be a limited production of just 200 examples shipped to U.S. shores. The 2019 Subaru WRX STI S209 will be the highest horsepower STI ever produced. It’s powered by the EJ25 2.5-liter turbocharged Boxer engine that has been “thoroughly reworked” by Subaru Tecnica International and comes with an estimated 341 horsepower.

To produce the extra horsepower, STI fitted the EJ25 with an HKS turbocharger, a larger turbine and compressor (up 6 and 8 percent, respectively, compared to WRX STI) as well as maximum boost pressure that has been increased to 18.0 psi (16.2 psi for WRX STI). It also features forged pistons and connecting rods that are lighter and stronger. Midrange torque gets a notable bump, up 10 percent at 3,600 rpm. An exclusive close-ratio 6-speed manual gearbox sends power to all four wheels. 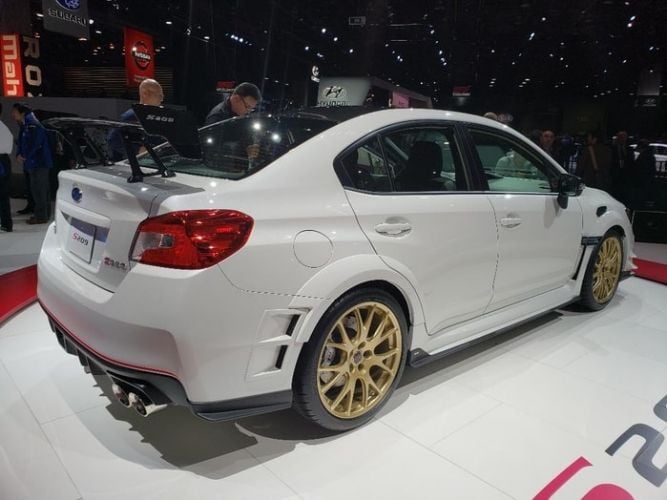 Underneath, the higher-performance S209 gets Nurburgring racecar tech with specially developed Bilstein dampers, stiffened coil springs, a 20mm rear stabilizer bar and pillow-type bushings for the front/rear lateral links. It also gets reinforcements to the front cross member and rear subframes and a flexible front-strut tower bar and flexible front/rear draw stiffeners. Front, rear, and side under spoilers; front bumper canards; and carbon-fiber roof panel and rear wing round out the additional Nurburgring racer tech. 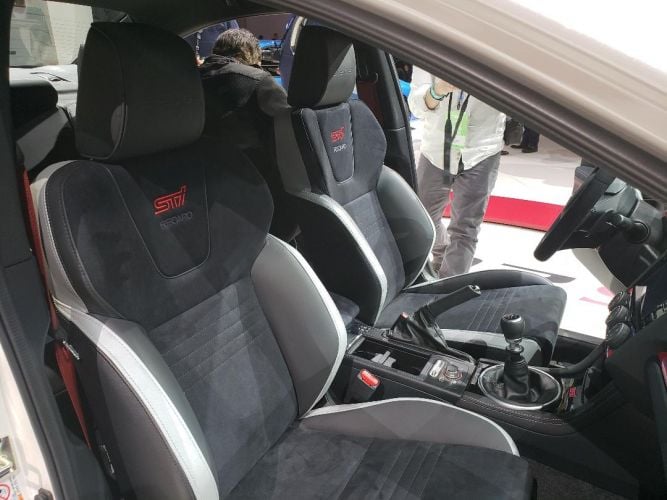 Inside, the S209 comes with an STI badge on the center of the D-shape steering wheel, which is wrapped in Ultrasuede with silver stitching, which carries over to the lid of the center console storage box. An S209 serial number badge resides on the center console, and S209 badges adorn the passenger-side dash and the headrests of the Recaro front bucket seats, which feature new silver-hued inserts.

Available exterior color/BBS wheel combinations will be WR Blue Pearl with gray wheels and Crystal White Pearl with gold wheels. Pricing will be announced closer to dealer launch in late 2019. You can see the 2019 Subaru WRX STI S209 at the North American International Auto Show in Detroit which is open to the general public from January 16 through January 27, 2019.

LG's New EV Battery Plant Is a Welcome News for Tesla
Tesla Giga Berlin's New Hurdle: It's Not Only the Gov't, but Now Tesla Itself
END_OF_DOCUMENT_TOKEN_TO_BE_REPLACED