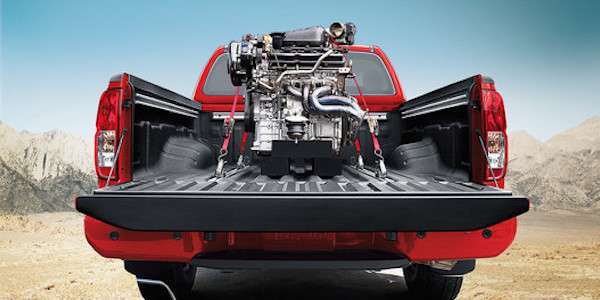 The Nissan Frontier mid-size pickup and Titan full-size trucks are selling well. October was another big month for the trucks.
Advertisement

The 2017 Frontier mid-size pickup and Titan full-size truck both helped Nissan set an October sales record. The Nissan Frontier is in need of a major overhaul, yet it continues to outperform last years numbers. The mid-size Frontier truck sales in October increased 33.6 percent to 6,364 up from the 4,764 last year in October. Not bad a for a truck that needs a major overhaul.

The new 2017 Nissan Titan did get a major remodel and sold 3,181 units in October up from a measly 882 for the same month in 2015. Titan is up a whopping 260.7 percent. Titan received a major overhaul and it needed it. It now comes with an upgraded 5.6-liter gasoline engine that should help it challenge Ford, Dodge and Chevy.

The 5.6-liter V-8 in the previous generation Titan produced a miserly 317 hp and 385 lb.-ft of torque, with fuel economy of 13/18 city/highway mpg in 2-wheel-drive models. The 5.6-liter gasoline engine was totally revamped by Nissan engineers. Titan’s V-8 now produces 390 hp at 5,800 rpm and 394 lb.-ft. (534 Nm) of torque, making it one of the most powerful volume pickup engines on the market. The new mill delivers improved fuel mileage of 15/21 city/highway.

How it compares with the competition

Mid-size truck buyers are tired of waiting, but good things are coming for the Frontier too. When the new Frontier does finally arrive, likely in 2018, it will get much-needed exterior and interior styling changes along with Nissan’s latest NissanConnect and mobile apps. It should also get the latest fuel saving technology, featuring improved four-cylinder efficiency and increased V6 or V8 towing capacity. It could also get new 2.8-liter Cummins diesel power.

The aging 2017 Nissan Frontier just arrived with a few changes and it’s already selling well. When the new-generation Nissan Frontier arrives, look for it to challenge the new Toyota Tacoma, Chevy Colorado and GMC Canyon.