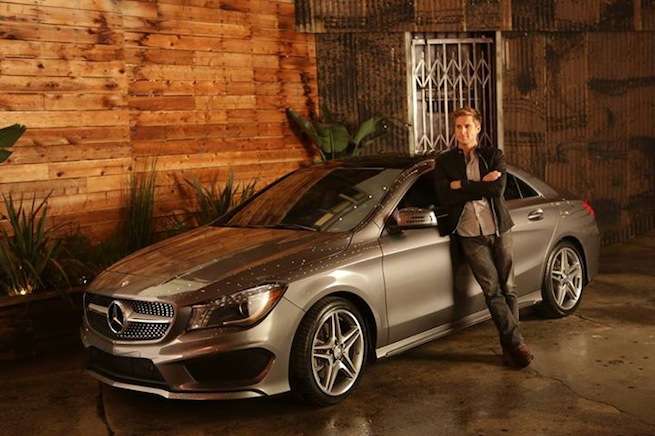 Everything you need to know about the new Mercedes CLA-Class

The new 2014 Mercedes-Benz CLA-Class four door coupe is just days away from its launch here in the U.S and the excitement is building.
Advertisement

The all-new highly-anticipated 2014 Mercedes-Benz CLA is just two days away from launch and Mercedes has a new video telling us everything you need to know. Some new cars are more anticipated than others, and the CLA-Class is one of them. By now, you’ve seen the pictures and even read some early reviews. Mercedes released a new video as a final way to let us know everything about the new four-door coupe.

What do we know? It’s going to be one of five new premium vehicles Mercedes-Benz launches to help transform the brand. Mercedes is moving in an all-new direction and attracting a new generation of buyers who have never purchased a Mercedes product before. Along with the A-Class, B-Class and new GLA premium SUV, the CLA is moving the brand forward.

The new CLA has already been well received in Europe and the U.S. launch is just two days away as it launches here on September 20. We have written much about the new CLA here at Torque News and there are a few things that stand out on the new four-door coupe.

A new benchmark in aerodynamics

The new CLA is ultra-sleek and the most aerodynamic car in the world. With a Cd value of 0.23, the new CLA sets a new benchmark, both within the Mercedes-Benz model range, and is the most aerodynamic vehicle on the planet. Mercedes says the drag area also leads the field, at 0.51 m². And while it may take an engineer to figure out, it all means the CLA is super sleek. And the CLA 180 BlueEffieciency Edition, which launched in Europe this summer, is even more sleek with a Cd value of 0.22. This makes the 2014 CLA-Class more streamlined than any other car ever produced.

The new 2014 CLA45 AMG comes equipped with an AMG four-cylinder engine that pumps out 355 hp and 332 lb.-ft. of torque. This gives the new performance four-door coupe the world's most powerful four-cylinder engine built in series production. The CLA establishes a new segment for the German automaker and they expect to attract a new generation of performance enthusiasts with the car. The AMG power and torque give the CLA45 AMG superb driving performance. The powerful coupe sprints from 0-60 in 4.5 seconds with an electronically limited top speed of 155 mph. That will excite even the most ardent performance fan.

The CLA will keep you connected

The CLA will keep a new generation connected to the iPhone. It starts with the Drive Kit Plus for the iPhone, together with the Digital DriveStyle app specially developed by Daimler, makes it possible to seamlessly integrate iPhones 4 and 4S in the CLA. This is smart because the generation that Mercedes looks to attract is highly connected via the iPhone.

Highlights include Siri voice control, the advanced navigation solution from Garmin with internet-based real-time traffic information, Google online POI search including Street View and 3D map view as well as the real-time location sharing system Glympse. Additional functions come in the guise of Facebook, Twitter and AUPEO! It also comes with Personal Radio, as well as internet radio for national and international stations.

The 2014 Mercedes CLA250 will be the most affordable vehicle Mercedes has ever offered with an MSRP starting at $29,900 plus $925 destination. Along with a great new design, the CLA250 will come with many standard features. It will come standard with HD Radio, Hands-free Bluetooth interface, Sport front seats, 14-way front seats with memory, Split-folding rear seats and ambient interior lighting.

Stay tuned to Torque News for the latest news on the new Mercedes CLA launch.