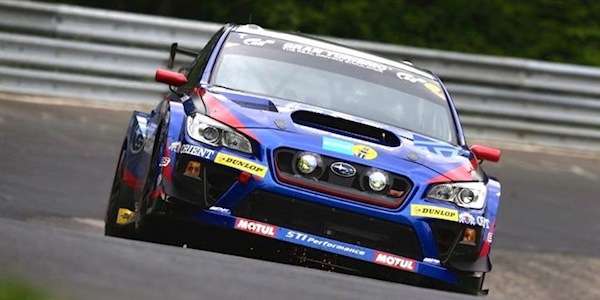 Bilstein has more than 50 years of success in motorsport and the 2015 Subaru WRX STI NBR race car was fitted with their shocks at the Nurburgring 24-hour race. Bilstein has had success all over the globe in motorsports and in the U.S., up to 90 percent of the NASCAR field have been supported by their products. The 2015 Subaru WRX STI NBR race car won the 24-hour race supported by the new shocks.

The Subaru WRX STI NBR Challenge 2015, based on the WRX STI, was fitted with Bilstein shock absorbers at the classic event. Tim Schrick (Germany) was at the wheel for the Subaru Tecnica International team for the first time. In addition to the 39 year-old racing driver and TV presenter, Marcel Lasee (Germany), Carlo van Dam (Netherlands) and Kota Sasaki (Japan) were also starting in the 2015 Subaru STI.

Did Bilstein shocks make a difference?

After a year without a podium finish in their class, Subaru’s goal was to recapture the successes of previous years with the help of Bilstein. In 2011 and 2012, the Japanese manufacturer took successive victories in the SP3T class at the 24-hour race and finished in second place in 2013. “We are pleased that, with Subaru, another renowned team is backing Bilstein,” commented Martin Flick, head of motorsport at Bilstein.

STI was disappointed in the fourth place finish at last year’s running of the Nurburgring 24-hour race in the SP3T class. They started the development of this new 2015 STI back in July of last year with the goal of winning again in their 8th year of running the Nurburgring 24-hr race. STI president Yoshio Hirakawa, told the press that there are noticeable changes made to the...read more.

Bilstein began testing a new version of their MDS system in 2014 and it now uses independent damping force adjustment now in one rebound and three compression stages. It also provides a wider spectrum of individual adjustment options for the Subaru team. The shocks can be adjusted with ten clearly discernible clicks from one (soft) to ten (hard). The high-performance damper system can be adjusted to suit the demands of the various circuits, enabling a particularly precise chassis set-up.

Subaru Tecnica International and the 2015 Subaru WRX STI NBR race car won the Nurburgring 24-hour race supported by the new Bilstein shocks and they did make a difference. The 2015 STI team claimed their third NBR 24 hour victory in its class. The 18th position overall was the highest the team ever achieved, and 143 laps was the highest number the team ever recorded. The 2015 STI maintained the lead in its class throughout the entire race and was never overtaken by a car in the SP3T class.

Tesla Contemplates A New Strategy for China Retail even As Sales Boom
Jay Leno on Elon Musk & EVs: “I Think He Should Get ... Credit"
END_OF_DOCUMENT_TOKEN_TO_BE_REPLACED