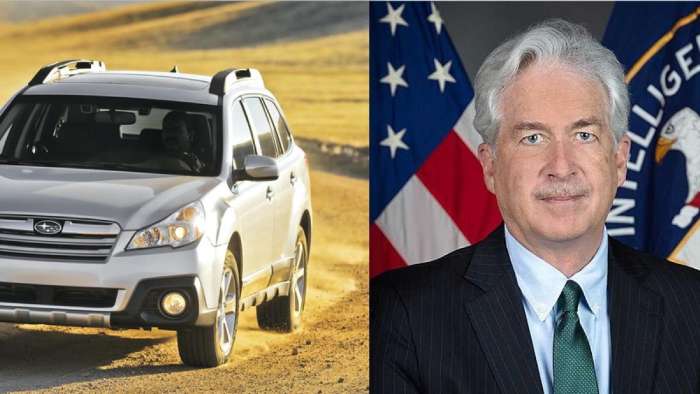 What does the Director of the CIA drive? Check out why he drives a 2013 Subaru Outback.
Advertisement

You would think the Director of the Central Intelligence Agency, William Burns, would drive a cool car like a Porsche sports car or Cadillac SUV with blacked-out windows. But the U.S. spy agency's Director says he drives an old 2013 Subaru Outback, but not like Jason Bourne.

In the Bourne movies, Jason Bourne, played by Matt Damon, drives old cars, but they are driven on high-speed chases through the streets of Europe and end up trashed from the significant crashes they take. Burns must read Consumer Reports that just picked the 2013 Outback as one of its best 10-year-old used SUV picks. 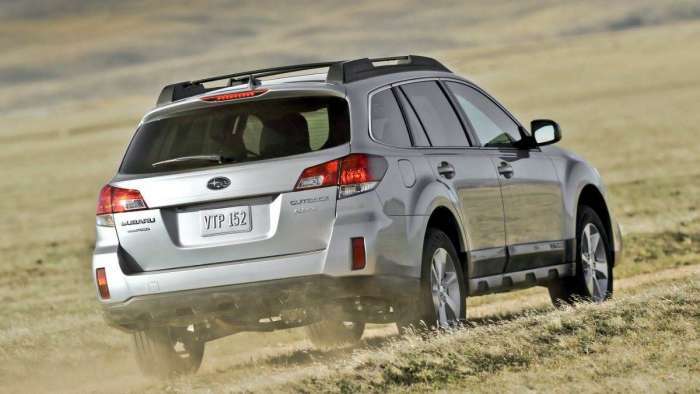 William Burns says, "I'm most comfortable driving our 2013 Subaru Outback at posted speed limits and, for me at least, the height of technological daring is when I can finally get the Roku remote to work at home," he admitted in a recent podcast in the first episode of "The Langley Files."

The 2013 Subaru Outback is the perfect car to stay undetected. If you want to keep under cover, it's the ideal stealth vehicle to go through the streets of Washington, D.C. Who would suspect the Director of the Central Intelligence Agency would drive an old Outback wagon?

The Outback details came out in the podcast meant to demystify the super-secret agency. The CIA Director's main point was to stress that while the CIA has many officers undercover in the field, they are not dramatic solo operators like James Bond, Jason Bourne, or Jack Ryan of Hollywood fame.

"The truth is that intelligence is very much a team sport. It's a profession of hard collective work and shared risks. Our successes are often obscured, our failures are painfully visible, and our sacrifices are often unknown. But a certain amount of discretion certainly comes with the territory," Burns said.

Driving a 2013 Subaru Outback gives the CIA Director a certain amount of obscurity, and it takes discretion to drive one.

You Might Also Like: 3 New Subaru 2.4L Turbo Black Editions You Want In Your Garage Next Year

Tesla Contemplates A New Strategy for China Retail even As Sales Boom
Jay Leno on Elon Musk & EVs: “I Think He Should Get ... Credit"
END_OF_DOCUMENT_TOKEN_TO_BE_REPLACED