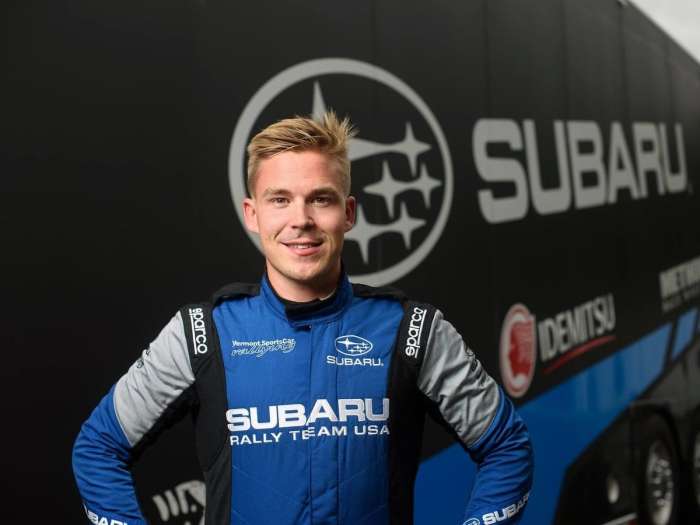 Subaru of America has confirmed that Toomas "Topi" Heikkinen will drive Subaru Rally Team USA’s third 2018 Subaru WRX STI Supercar at the Americas Rallycross (ARX) season finale. Subaru did not say if Heikkinen will be joining the team of Subaru drivers Patrik Sandell and Chris Atkinson next season. For the ARX finale, Subaru now has three non-American ARX drivers as Sandell is from Sweden, Atkinson hales from Australia and Heikkinen from Finland.

Speaking to Subaru Motorsports, Heikkinen told them, “It will be great to be back in the USA, in fact, the last time I raced in the USA was in Austin in 2014 at the X Games rallycross! However, the track layout is much different now, so it will be all new to me. I have recently had a visit to Vermont where I had a test in the Subaru WRX STI Supercar and the feeling was good straight away and the team is very focused, so I’m really looking forward to this.”

Heikkinen will drive one of Subaru Rally Team’s 600hp 2018 Subaru WRX STI Supercars at the ARX season finale in Austin, Texas as Sandell, Atkinson, and Heikkinen close out the inaugural #ARX season and try to get on the podium for the first time. Americas Rallycross season finale will be held during World RX USA at the Circuit of the Americas September 29-30. Maybe Finnish-born "Topi" Heikkinen can bring a spark and ignite a podium finish in the third Subaru WRX STI. Stay tuned.