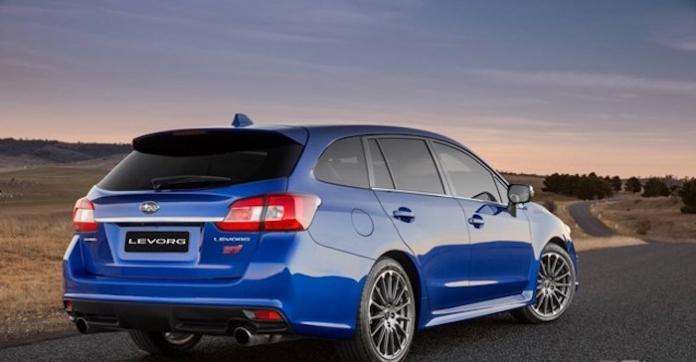 Subaru Australia announced a new 2018 Levorg STI wagon but you won’t see it on U.S. shores. The top-trim STI Sport is a hot hatch that has the same power plant as the rally-bred WRX sedan, and also gets new STI-enhancements. Performance enthusiasts want one in the US because Subaru dropped the WRX/STI hatch.

The 2018 Subaru Levorg 2.0 STI Sport, gets upgraded with a suite of factory-fitted Subaru Tecnica International (STI) accessories and styling additions. It comes with maroon leather-trim seats with red stitching and the option of the signature WR (World Rally) Blue exterior paint.

Bring back the hatch

Subaru fans in the U.S. have been asking for a WRX/STI hatch model since it was axed by Subaru in 2015 when they introduced the next-generation models. The Levorg offers the hatch versatility that’s missing in the WRX/STI sedan lineup. Performance enthusiasts in the U.S. would likely snatch up the Levorg STI sports tourer because it fits a need that is not being met currently by Subaru in their performance cars.

Subaru Australia Managing Director, Colin Christie, said: “Levorg has opened up a whole new performance niche for Subaru since we launched just over a year ago. Equally, by adding the prestige of the STI badge to the range-topping 2.0 STI Sport, we’re catering to customer demand for something even more exclusive at the top of the range.”

Matt wrote on August 1, 2017 - 9:42pm Permalink
But with no manual transmission available it's still a fail. CVT only
Denis Flierl wrote on August 2, 2017 - 5:24am Permalink
I totally agree with you Matt. What's an STI model with no 6-speed manual gearbox? Thanks for reading!