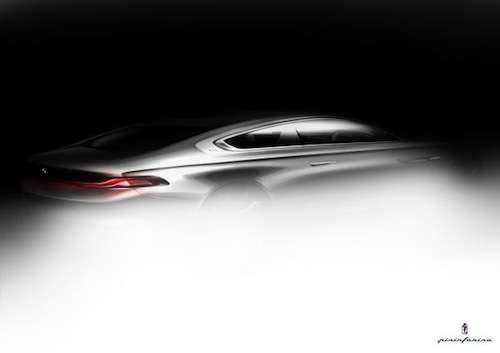 What happens when BMW and Pininfarina, two tradition-steeped automakers join forces? They produce the elegant and exclusive Gran Lusso Coupe. What does the one-off coupe tell us?
Advertisement

This isn’t the first time BMW and Pininfarina have gotten together to create an amazing automobile, but they have done it again. The BMW Group and Italian car designer firm and coachbuilder Pininfarina have joined together and have just unveiled the new Gran Lusso Coupe. This exclusive high-end luxury one-off creation is a large coupe with elegant lines that features both Italian exclusivity and hallmark BMW design. Could this be the next BMW 8-Series?

BMW says the new BMW and Pininfarina Gran Lusso Coupe is a one-off creation that is ultra-exclusive. The elegant coupe will make its global debut at the 2013 Concorso d’Elegance Villa d’Este in Como, Italy on May 24. Many are saying this is the next BMW 8-Series but its highly unlikely that will happen. While this car is a high-end luxury class model, it could be a hint from BMW that they planning on building a new 7-Series based two door coupe. The new BMW and Pininfarina Gran Lusso Coupe will feature V12 power that does bring back images of the BMW 8-Series of the past.

The cooperation of BMW and Pininfarina also produced the BMW Zagato Coupe that was unveiled last year. After the positive reaction to the Coupe, the German and Italian companies agreed to take their partnership one step further and build a Roadster model. The new car was unveiled last year at the 2012 Pebble Beach Concours d’Elegance.

Now BMW and Pininfarina have collaborated again and created another very unique car. BMW says, “We are always in search of opportunities for further development, the BMW Group consciously pursues creative exchange with other design studios. It enables two design approaches to merge into a new and exciting initiative that encourages fresh creative impulses.”

BMW tries to stay ahead of the competition

Automakers are always looking for ways to stay ahead of the competition. And with Audi and Mercedes breathing down their neck for the number one luxury spot, they need to have fresh designs as they look to the future. The Gran Lusso Coupe will give BMW a new “automotive personality brimming with character and ready to join the high-end luxury class.” The high-end car could be giving a glimpse of future BMW designs that will add a new design language to the BMW claim of elegance and exclusivity.

The BMW Pininfarina Gran Lusso Coupe is definitely a unique creation that will drive BMW’s design going forward. The long wheelbase, stretched hood, short overhangs and set-back greenhouse with smoothly sloping roofline tell us some exciting things are coming from the German automaker. The one-off exclusive coupe will be both elegant and powerful with a V12 powerplant under the hood.

And the elegance continues on the inside with BMW saying it will feature contemporary elegance and luxury. They say the cabin will be driver focused and feature an elegant touch from Pininfarina. Look for the new BMW and Pininfarina Gran Lusso Coupe to make its global debut in Como, Italy on May 24. Stay tuned.