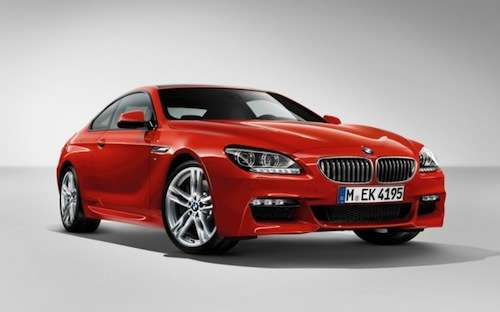 The new exclusive 2014 BMW 6 Series M Sport Edition shows how BMW will keep their number one ranking as the top luxury carmaker. What does it tell us?
Advertisement

BMW ranks as the top luxury automaker in the world and they aim to stay there. The all-new 2014 BMW 6 Series M Sport Edition shows us they will likely keep that top spot at least for the near future. Audi and Mercedes-Benz also have designs of moving into the top slot and BMW is doing the right things to stay number one. How will the new 6 Series M Sport Edition keep BMW number one?

All automakers know that in order to compete in todays global market, they have to continually come out with new models that will attract new buyers to their brand. Not only customers who have purchased their vehicles in the past, but a new generation of buyers who have never purchased their cars before. How do the top automakers continue to compete in such a competitive global market?

The top three luxury automakers are in a battle

Mercedes-Benz who was the number one luxury automaker in the world, lost to BMW in 2005. In 2011, Mercedes slipped to third place behind Audi and has stayed there the last two years. We see the number two luxury automaker Audi, doing it by bring out the all-new 2015 A3 Sedan and Sportback that made its world premiere in Shanghai. Number three Mercedes-Benz has global aspirations of taking the top spot by bring out the all-new 2014 CLA that is launching around the globe.

BMW has been number one since 2005 and has no intention of giving it up now. We see the Bavarian automaker bringing out the new BMW X4 Concept that will define a whole new vehicle segment around the globe. It will be the forerunner of a new 2015 X4 production coupe. Even though the 6 Series is not new, the 2014 M Sport Edition will give a new Special Edition car within the series to attract new buyers.

BMW wants to stay number one

Inside, the cabin features an M leather steering wheel, M door sill finishers, M driver’s footrest, and sport seats in nappa leather, as all of which enhance the exclusive ambience of the BMW 6 Series. It also adds a new Dynamic Digital Instrument Cluster, Full LED Adaptive Headlights, and the comprehensive Executive Package. 650i and 650i xDrive models further benefit from the inclusion of the Driver Assistance Package.

LG's New EV Battery Plant Is a Welcome News for Tesla
Tesla Giga Berlin's New Hurdle: It's Not Only the Gov't, but Now Tesla Itself
END_OF_DOCUMENT_TOKEN_TO_BE_REPLACED