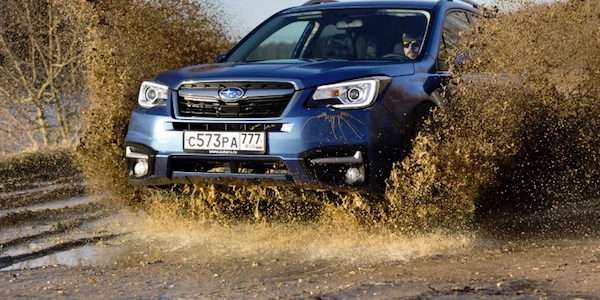 4 Reasons Why Subaru Forester Wins "SUV of the Year" Again

Forester Wins SUV of the Year Again in Russia. What were the 4 reasons why readers chose Forester?
Advertisement

The new Subaru Forester wins the "SUV of the Year 2016" again in one of the most popular categories, "Mid-size SUV." There were more vehicles in this category than other with 44 cars competing for the top honors.

Readers gave four reasons they chose the Forester SUV over any other vehicle in the mid-size segment. Forester is functional and practical, and provides comfort on long journeys regardless of driving style. The SUV also has the necessary equipment that is suitable for off-roading. These are Forester’s attributes that have made it Subaru’s best seller not only in Russia, but also around the globe. All-wheel-drive off-road enthusiasts in Russian think the new Subaru Forester is the best in its segment.

LG's New EV Battery Plant Is a Welcome News for Tesla
Tesla Giga Berlin's New Hurdle: It's Not Only the Gov't, but Now Tesla Itself
END_OF_DOCUMENT_TOKEN_TO_BE_REPLACED