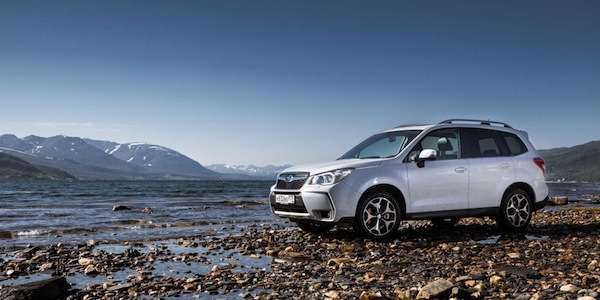 The 2015 Subaru Forester wins "SUV of the Year 2015" in one of the most popular categories, "Mid-size SUV." How many vehicles did Forester beat?
Advertisement

The 2015 Subaru Forester wins the "SUV of the Year 2015" in one of the most popular categories, "Mid-size SUV." There were more vehicles in this category than other with 44 cars competing for the top honors. Organizers of the annual professional award was magazine Club 4X4 in Russia who provided the professional jury. Readers of the magazine were able to vote for their favorite vehicles across the eight categories and were the Grand Jury.

Forester had the most competition

During the five months that readers can vote on the website www.vned.ru, off-road enthusiasts voted for the best cars in eight categories, and the list of winners was revealed today. The total number of all-wheel drive off-road vehicles competing across the eight categories was 116 vehicles. Forester had much competition with 44 of them coming in the "medium-sized SUV" category alone.

Why is the new generation Subaru Forester gaining so much traction around the globe? Subaru engineers chose the right direction in the development of the new-generation Forester and took into account all the...read more.

There are four reasons active buyers in Russia like the Forester SUV better than any other vehicle in the mid-size segment. Forester is functional and practical, and provides comfort on long journeys regardless of driving style. The SUV also has the necessary equipment that is suitable for off-roading. These are Forester’s attributes that have made it Subaru’s best seller not only in Russia, but also around the globe. All-wheel-drive off-road enthusiasts in Russian think the new generation 2015 Subaru Forester is the best in its segment.