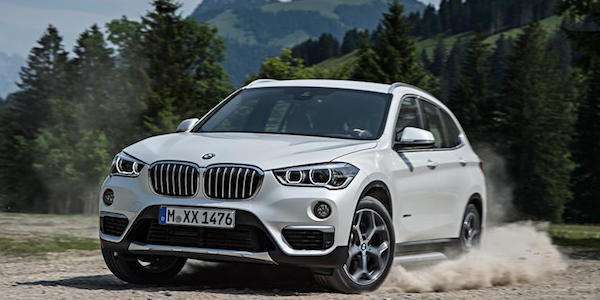 4 Reasons Why the BMW X1 Sets the World On Fire

U.S. News & World Report ranks the new 2016 BMW X1 the Best Car in the Luxury Subcompact SUV Class. Why is it so popular?
Advertisement

Why is the the 2016 BMW X1 the Best Car in the Luxury Subcompact SUV Class for the money? According to U.S. News & World Report, the BMW X1 ranks at the top of its class. They say it offers the best long-term value without compromising on an outstanding ownership experience.

4 reasons why it’s the best

Consumers seem to agree because BMW reports the X1 had outstanding sales in January. BMW Global reports, the BMW X family remains increasingly popular in all vehicle classes for the brand. Sales of the BMW X3 increased by 16.6 percent (10,777) while sales of the BMW X6 increased 24.2 percent (3,587). But it was the new BMW X1 that set the world on fire. Sales of the model grew by 60.4 percent compared with the same month last year (14,308).

The BMW X1 is the smallest member of the Bavarian automaker's Sport-Activity Vehicle (SAV) line-up. The small luxury SUV market is growing around the globe and especially in the U.S. BMW is catching the wave and riding it with the new X1.

Bill Nursey wrote on February 15, 2016 - 9:31pm Permalink
Re the BMW X1. I agree it is an excellent vehicle. But for one thing I would have bought one: it has NO available blind spot monitoring, not at any price. Stupid oversight.
Dan wrote on July 11, 2016 - 9:41am Permalink
I agree. I wanted to buy it but had to gibe up without the blink spot support