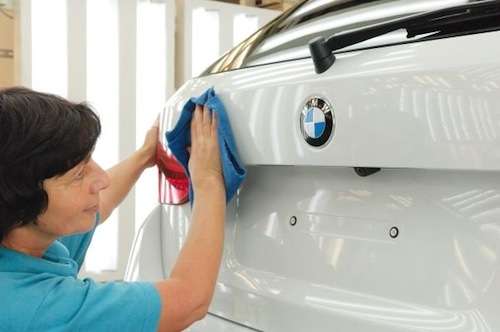 The new 2013 BMW X1 is the class-winner in an important reliability category that all lower-middle class SUV buyers will be interested in knowing.
Advertisement

When we think of BMW, we don’t normally think of the luxury performance cars being for the lower-middle class. BMW offers some of the most luxurious cars on the planet and they don’t come cheap. But BMW is offering the 2013 X1 to lower-middle class U.S. buyers for the first time and it just might be the best vehicle in the segment. But the average mid-size SUV buyer may not even know what an X1 is about. Why would a subcompact crossover buyer be interested in the new 2013 BMW X1?

The BMW X1 is the smallest member of the Bavarian automaker's Sport-Activity Vehicle (SAV) line-up. It’s been available in Europe, but BMW wasn't convinced there'd be a market here in the U.S. until recently. And BMW did some tweaking to the 2013 X1 to get it ready for the North American market. The small SUV market is growing, and BMW hopes to catch the wave and ride it with the new X1.

But some of the German brands have been known to be expensive to maintain. But the new X1 has received an important award that U.S. buyers will need to know about as they are making their SUV decision. The X1 is the class winner of the ADAC breakdown statistics in 2013. ADAC provides technical information as well as objective car buying advice and comprehensive information on safety aspects in Europe.

ADAC says the 2013 BMW X1 is the lower middle class most reliable automobile on the market. This outstanding result was presented last week by the ADAC. Two years ago, the BMW 1 Series also won the breakdown statistics as the most reliable vehicle in the lower middle class. This can give U.S. buyers the confidence that the X1 won’t be costing them a fortune in maintenance costs.

BMW is making a big effort to improve reliability in their automobiles. "Quality is always our top priority and is an expression of our customer orientation. First and foremost I am happy for our customers. But I am also proud of the lived zero-defect orientation of all employees, "said plant manager Manfred Erlach. Now the ADAC has confirmed that the X1 features the quality and reliability that buyers are looking for.