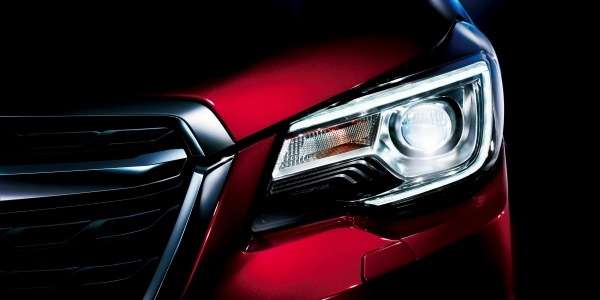 4 new upgrades to look for on the 2017 Subaru Forester

Subaru announces a new upgraded edition of the 2016 Forester in Japan. What new upgrades are coming on the U.S. spec 2017 Forester?
Advertisement

The 2016 Subaru Forester is in a mid-cycle and due for some exterior and interior upgrades. Subaru will bring a Forester with new upgrades to the Tokyo Motor Show 2015 on October 28 for the press day. It will get new upgrades in its exterior design, safety, driving dynamics and utility. This is a Japan model and U.S. buyers will likely see these upgrades on the 2017 Subaru Forester.

What changes are coming? Subaru typically makes some changes to the headlights and taillights during the mid-cycle refresh because they can change the look of the car and it doesn’t requiring expensive sheet metal redevelopment. This is exactly what Subaru is doing to Forester. It also gets upgrades on the inside and underneath.

What’s coming on the new Forester?

The Forester exterior will get a redesigned front end that will feature redesigned headlights, front grill and bumper. It will also get new rear taillights, new aluminum wheels and new exterior colors like Dark Blue Pearl and Sepia Bronze Metallic. Forester will be quieter inside because of the increased door glass thickness, strengthening the sealing, and improvements made to the Lineartronic transmission.

Driving dynamics were improved in the new Forester with upgrades made to the steering response by modifying the steering-gear ratio. Suspension settings were also optimized to offer a smoother ride in the all-wheel-drive SUV. Subaru says they also increased fuel mileage in the naturally aspirated models with improved combustion and by reducing friction in the engine.

Subaru recently announced they will hold a test-ride event at their “Subaru active life Square” where they will let guests who signed up participate in a special off-road course to experience the new Forester. The event will take place today, October 6, 2015 in Japan at the Moripaku Outdoor Village. Subaru will officially unveil the new 2017 Forester SUV at the Tokyo Motor Show 2015 on October 28 to the press. Stay tuned.

Aaron Hansberry wrote on October 7, 2015 - 4:32pm Permalink
Awesome stuff. Any relevant information or photo's of the new 7 passenger Subaru?
Denis Flierl wrote on October 8, 2015 - 8:19am Permalink
Now photos yet Aaron. Check out this link to the new concept vehicle being unveiled at the Tokyo Motor Show. It may give a hint at the 7-passenger SUV. Thanks for reading! http://www.torquenews.com/1084/new-7-passenger-suv-subaru
HeyMickey wrote on October 8, 2015 - 1:31pm Permalink
Do you call that upgrades, more like makeup and all ugly
Glen Gates wrote on March 17, 2016 - 2:33pm Permalink
Some good upgrades, especially the drivers side memory seat. Now if they would add retractable outside mirrors (for those narrow garages) they would have s great vehicle.

Tesla Contemplates A New Strategy for China Retail even As Sales Boom
Jay Leno on Elon Musk & EVs: “I Think He Should Get ... Credit"
END_OF_DOCUMENT_TOKEN_TO_BE_REPLACED