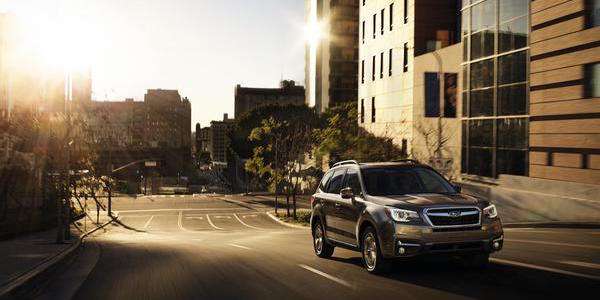 Subaru announces pricing on the 2017 Forester. How much do all the new upgrades increase the price?
Advertisement

The 2017 Subaru Forester gets at least 20 new upgrades over the outgoing model with only modest price bumps to the lineup. Subaru’s top-selling compact SUV will arrive this summer with revised styling, new driver assist technologies, more interior comfort, and better fuel economy. How much will all these new upgrades cost you?

The Forester upgrades won’t cost as much as you would think. Subaru has given Forester some attractive upgrades to refresh their most popular vehicle in the all-wheel-drive lineup. The base 2.5i Forester has a starting price of $22,595. It’s an increase of $200 over the 2016 model year. What about the rest of the Forester small SUV model lineup?

The 2017 Forester 2.5i comes in four trim levels for small SUV consumers. It comes in Standard, Premium, Limited and Touring trims and is powered by a 170hp 2.5-liter 4-cylinder Boxer engine. A 6-speed manual gearbox is standard for the 2.5i and 2.5i Premium, with the CVT automatic available as an option. The Forester 2.0XT is available in both Premium and Touring trims and powered by a 250hp 2.0-liter turbocharged 4-cylinder Boxer engine.