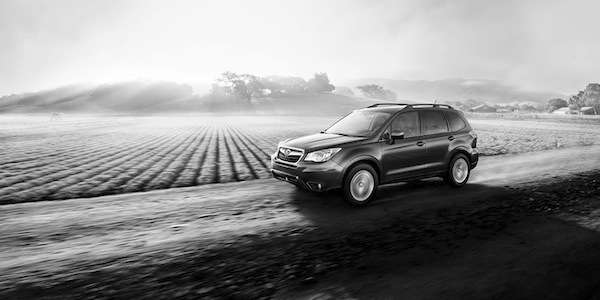 Subaru announces pricing on the new 2015 Forester and it gets a small price increase of $225, but gets many more standard features.
Advertisement

There are eight new standard features for the 2015 Forester that range across the lineup. For 2015, the base model 2.5i gets rear vision camera and color multi-function display as standard equipment. The 2.0XT Premium now features a standard All Weather Package. Previously unavailable, the 2.5i Premium manual transmission model is now equipped with a moonroof standard. New for 2015, the 2.5i Touring models will receive standard high luster 18” alloy wheels. All Touring models feature Keyless Access & Start, HID lights and chrome rocker trim.

Forester has received many awards and is the number one selling vehicle in Subaru’s lineup. Forester won the Sport/Utility of the Year award from Motor Trend, named Best SUV in the Yahoo Autos Car of the Year awards and took home the Best Bet award in the Small SUV category in Consumer Reports Best Bet list.

The 2015 Subaru Forester gets a small price increase, but now comes with eight new standard features on the various models. It looks like Forester will continue to be a popular multi-use SUV with a new generation of buyers.

Other Subaru Forester stories of interest.