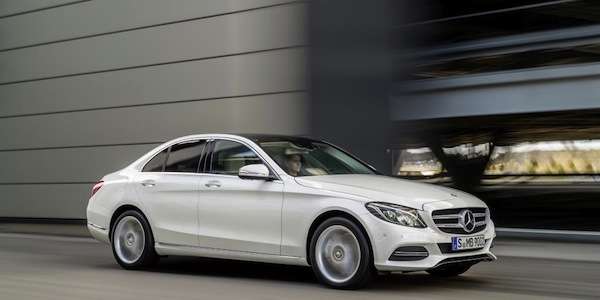 2015 Mercedes C-Class has been honored as the best import vehicle in Japan. What impressed the judges the most?
Advertisement

The all-new 2015 Mercedes-Benz C-Class sedan has done it again and continues an impressive winning tradition. The new-generation Mercedes C-Class has been honored as the best import car in Japan again. Four previous predecessor generations of the C-Class already held the title of “Import Car of the Year Japan.“

What did the jury say?

For 2014-2015, the jury of primarily Japanese automotive journalists, decided in favor of the new-generation C-Class that celebrated its world debut last year. What impressed the panel the most, was the fact that the new C-Class has realized quantum leaps in technology and has made sophisticated radar-based safety technology available. The jury noted: "The Mercedes-Benz C-Class is a masterpiece that underscores the manufacturer's commitment to offer its customers the best possible car.“

A jury of top experts also recently awarded four of its highest "Best of Best" accolades to models from Mercedes-Benz. The all-new 2015 Mercedes-Benz C-Class was rewarded for its new exterior design. The C-Class was awarded for its “modern aesthetic appeal featuring sensuous lines and surfaces that exude harmony and an excitement that enthuses onlookers.” It’s hard to argue with the judges when you look at the new exterior design.

What impressed the Japanese automotive journalists the most was the new C-Class realized quantum leaps in safety technology. Mercedes puts a high priority on safety and the new 2015 C-Class proves the German automakers commitment to producing safe cars. Mercedes has been been doing this for decades and the new C-Class comes with a number of groundbreaking safety innovations.

Mercedes-Benz is on a mission to improve vehicle safety and reduce traffic accidents around the globe. The new global 2015 C-Class now features the latest Mercedes safety technology. The German automaker is consistently pursuing this strategy with the C-Class, which has numerous new assistance systems and significantly extended functions.

The all-new 2015 Mercedes-Benz C-Class sedan has done it again and continues an impressive winning tradition. The new-generation Mercedes C-Class has been honored as the best import car in Japan again. What impressed the judges the most was the quantum leaps in safety technology on the new-generation C-Class.

Alyssa wrote on October 26, 2014 - 11:37am Permalink
What a rubbish article. The whole thing is continuously repeated and no mention of a single of these quantum leaps or safety advancements. Utterly non-informative post.
Bill wrote on October 29, 2014 - 10:29pm Permalink
This so called commitment to global safety is, at worst BS, and at best needs some qualification. In Canada, for example, the Distronic Cruise, which first of all is an option on the new C, is not available at all on the 4 cylinder engine.....you have to move (pay) up to the six. Not much of a "commitment"!!!!
Malik mahmood awan wrote on December 22, 2015 - 9:34am Permalink
These mersedeses are realy the great cars