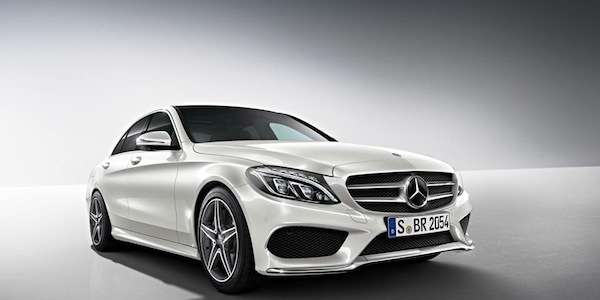 The 2015 Mercedes C-Class sensuous lines makes it the best of best. What did the Automotive Brand Contest 2014 say about the new C-Class?
Advertisement

The new 2015 Mercedes-Benz C-Class is already being recognized for its sensuous lines that are exciting the luxury sedan market. C-Class has received the "Best of Best" accolade from the Automotive Brand Contest 2014. The design teams at Mercedes-Benz have been busy designing lots of new models and have set the tone with four first places in the Automotive Brand Contest 2014.

A jury of top experts has awarded four of its highest "Best of Best" accolades to models from Mercedes-Benz. The all-new 2015 Mercedes-Benz C-Class was rewarded for its new exterior design. The C-Class was awarded for its “modern aesthetic appeal featuring sensuous lines and surfaces that exude harmony and an excitement that enthuses onlookers.” It’s hard to argue with the judges when you look at the new exterior design. This is an initiative of the German Bundestag (lower house of the German parliament). The jury reserves this honor for particularly outstanding achievements.

The next-generation 2015 C-Class is all-new from the ground up and there’s some unique exterior treatments that sets it apart from the previous model. Six new elements came from the Mercedes design studio and made it on to the new C-Class luxury sedan. 2015 C-Class comes with a new Flame Surface, new Aero Lip, Overhangs, a Low Drag Rear, Rear Diffuser and new LED lighting technology. All these add up to a new C-Class that is visually appealing.

The awards for the Automotive Brand Contest 2014 will be presented on October 2 at the Paris Motor Show (Mondial de l'Automobile). The all-new 2015 Mercedes-Benz C-Class sets the bar high in the luxury sedan segment and will be honored for its sensuous lines.