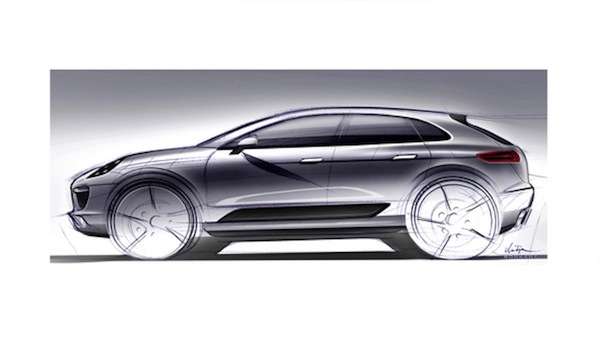 Porsche has officially announced that it will introduce the new 2014 Macan, their highly anticipated SUV crossover at the 2013 LA Auto Show.
Advertisement

The LA Auto Show will see world debuts from many manufacturers and Porsche has officially announced it will bring the highly anticipated 2014 Porsche Macan. The LA Auto Show is the first North American show of the season and Porsche wants to use LA to pull out all the stops as they introduce their new SUV crossover to the world. L.A. ranks as the nation's largest market for luxury, performance vehicles so it's a strategic move by Porsche to showcase the 2014 Macan in Southern California.

The LA Auto Show also announced there will be more than 50 vehicle debuts that will be unveiled. There will also be world debuts from BMW, Chevrolet, Ford, Honda, Mercedes-Benz, Subaru and Volkswagen. Terri Toennies, the LA Auto Show's new General Manager said, "As the first major North American show of the season, Los Angeles sets the tone for 2014, and we expect that automakers will pull out all the stops to excite new-car buyers.”

Porsche will expand its lineup in 2014 with the new 2014 Porsche Macan and also the new 918 Spyder. The Macan is expected to go on sale early in 2014 and will begin production later this year at Porsche’s plant in Leipzig, Germany. It will share its platform with Audi’s best selling crossover, the Q5. The Macan will be positioned at the bottom of Porsche’s model range and they are expecting it to be a top seller for the brand. A five-door variant is expected at launch, but a sporty three-door model is a possibility to compete with the popular Range Rover Evoque.

Motor Authority says Porsche is expecting the new Macan to exceed sales of 50,000 units per year here in the U.S. And it could be so popular that it reaches as much as 75,000 total sales units. This would represent more than 50 percent of Porsche’s total sales volume. It’s likely to have a starting price of just under $50,000.

Porsche has seen fantastic sales from the Cayenne and the Macan will attract a whole new generation of buyers who have never purchased a Porsche before. The base model could have an efficient 2.0-liter turbocharged gas four-cylinder engine. The U.S. could also see a V6 variant with the European market getting a 3.0-liter turbo diesel powerplant rumored to produce 300 plus hp and 480 lb ft of torque.

The 2013 Los Angeles Auto Show will bring much excitement to the North American and world markets with more than 50 vehicle debuts that will be unveiled. The all-new 2014 Porsche Macan will draw much attention as it will be presented during press days November 20-21, 2013. Stay tuned.