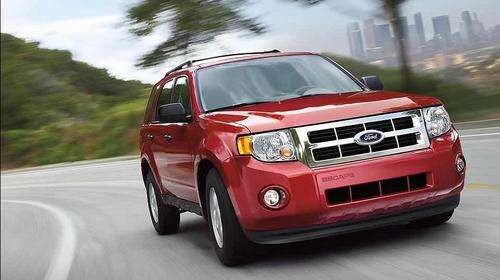 There is a long list of 2012 and 2013 cars that will be going to the auto graveyard never to be seen again.
Advertisement

The automotive industry is one of the most exciting industries in the world because of the constant change in models and technology. Every year there are announcements of new models coming out to peak our interests. And many years we also say goodbye to models that have been with us for decades. We will say goodbye to fourteen models for the 2012 and 2013 model years, some of which we will be sad to see go, and others we won’t. Below is the list of cars, trucks, and SUV’s that will go into the automotive history books.

Chevy Avalanche / Cadillac Escalade EST: The Chevy Avalanche is a cross between two body styles that were both popular. The truck is a four-door six passenger sport utility truck that shared the same chassis with the Chevrolet Suburban and has seen declining sales with the growth of crew-cab sales. The Cadillac Escalade was a re-badged Avalanche and was never a large seller for the luxury brand. Both models are going away in the 2013 model year.

Chevy Aveo: GM’s smallest and least expensive car is just basic transportation. The car comes as a four-door sedan or a five-door hatchback and had nothing exciting to offer to young buyers. The Aveo is being replaced by the Chevy Sonic that is built on the same platform, but is a superior car in every area. The Aveo should have been sent to the scrap yard years ago.

Ford Escape Hybrid: Despite the Escapes aged design, the popular vehicle remained popular among compact crossover consumers. But most competitors are more appealing due to superior refinement and functionality. The 2013 Ford Escape will get a much-need complete redesign and will be built on a global platform. The Escape’s new styling and athletic chassis was worth the wait.

Hyundai Veracruz: Hyundai is trying to cover every area in the consumer automotive sphere and in the crowded midsize SUV segment, they struck out with the Veracruz. The SUV from Hyundai lacked the styling, handling and sportiness that others in the segment are offering. With it’s lack of cargo room, the Veracruz never was a popular choice for consumers.

Kia Sedona: When shopping for a minivan, the last name on the list would be the Kia Sadona. While the South Korean automaker is taking on the automotive world in most other segments, the minivan market is not one of them. The Sedona couldn’t compete with the Japanese and American brands that are so popular and was the victim of lagging sales.

Lexus HS 250h: The hybrid from Lexus wasn’t just a re-badged Prius with some luxury added, but featured a unique chassis and hybrid system adopted from the Camry powertrain. It performed significantly better than the Prius but under-delivered in the fuel-mileage area. The Linclon MKZ offers better fuel economy, a roomier cabin and more standard equipment. With the introduction of the more affordable Lexus CT 200h, the HS 250h gets the ax.

Mercedes-Benz R-Class: Part minivan, part station wagon, Mercedes-Benz didn’t know what they were trying to offer consumers with the R-Class. And the strange looking vehicle never really caught on with consumers here in the U.S. With so many other crossovers to choose from, the large price tag and odd styling was it’s downfall. We’re not surprised the R-Class will be gone.

Mitsubishi Eclipse: For close to twenty years, the Eclipse has been one of America’s most popular sport coupes. There have been four generations of the Mitsubishi Eclipse, and was designed solely for the U.S. market. With each new generation, the car got away from its original turbocharged, all-wheel-drive track-oriented mission. And with the popularity of the Subaru WRX, the Eclipse lost ground and couldn’t keep up.

Mitsubishi Endeavor: The midsize crossover SUV combined the elevated seating position and cargo carrying ability of a traditional SUV, but the Endeavor lacked the serious off-road and heavy-duty towing abilities of a truck-based SUV. Consumers complained of questionable styling, cheaper material choices, and it was outclassed in terms of features and engine power. The lack of a third-row-seat was also a downfall for the crossover.

Mitsubishi Galant: While representing a good car for the rental car companies, and a good value for the budget-conscious consumer, the Galant was no match for the competition due to its small backseat, mostly mediocre powertrains and uninspiring interior design and quality. Most consumers probably didn’t even know Mitsubishi offered a mid-size sedan in the U.S.

Saab (all): Saab Automobile has shut down its operation, bringing an end to the entire lineup of cars made by the small, Swedish automaker. Saab’s death certainly wasn’t unexpected with all the troubles the carmaker has experienced. Many people point the finger at GM for the demise of the company, while others the Swedish government. In a fast changing world, Saab couldn’t keep pace with the changes necessary to compete.

Tesla Roadster: With a price of over $100,000, the two seat Tesla Roadster sports car was never intended to be a huge seller. Tesla reported sales of 1,650 Roadsters worldwide by the end of April, 2011. Tesla's roadster production is coming to a halt as the maker of battery-powered cars switches its focus to the much more affordable Model S electric sedan.

Volvo C70: The C70 was a great idea from Volvo, but the car was trying to be both a convertible and a coupe. And the car wasn’t able to do either one well. Its power retractable hard top took up virtually all trunk space, requiring use of the rear seats for cargo hauling. Initially buyers found the C70 to be generally desirable, but as time went on the cars dated suspension put it at an increasing disadvantage against the competition that offered better performance and handling.

John Goreham wrote on May 28, 2012 - 12:13pm Permalink
Bee sting deaths exceed Tesla Roadster orders Would it be safe to say the Tesla Roadsters win the award for most press with the least actual product?

Elon Makes a Cybertruck Statement With an Action, But Quiet in Words
Tesla's Record Month in China: Doubled Registrations in March 2021
END_OF_DOCUMENT_TOKEN_TO_BE_REPLACED