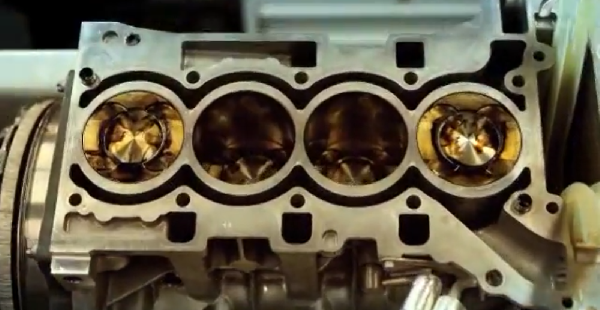 Will Lexus' new NX turbo crossover use a BMW engine?

It has been widely reported that BMW and Toyota will partner to make a sports car. The car gods work in mysterious ways, and we can’t say that won’t happen, but it sure seems to make little sense. Lexus' parent Toyota has a small sports car platform that wins every award possible in the Scion FR-S and it already has a partner for that car in Subaru. Toyota also owns a substantial chunk of Subaru and does co-manufacturing with the Subaru to produce the Camry in the US. So it seems that Toyota does not need a partner for small, rear-drive sports cars.

Lexus also has an excellent, recently updated platform for a medium sized sports car. The Lexus IS and GS platforms are already being used to create a rear-drive medium sized sports coupe, the RC 350 and RC F. Lexus uses the platform widely and again, the IS 350 is beating the BMW in comparison tests and we expect the RC will be an excellent rear drive car. So why does Lexus need BMW?

The answer we come up with is that Lexus (and Toyota) don’t need BMW – for anything. However, Lexus may want to do a mash up in order to segue into turbocharged engines. BMW moved away from its signature in-line six, normally aspirated engines a generation ago (5 years) and launched a series of excellent four cylinder turbo engines. The most widely used is the BMW 2.0 liter, 240 horsepower version found in all models that currently have “28i” in the model code. For example, the 328 is and the X3 xDrive28i. This author has extensive wheel time in the X3 with this engine and it is an excellent match to that vehicles weight, mission, and style. The engine could drop right into Lexus’ new LF-NX turbo, which Lexus has announced will have a 2.0 liter turbo.

Regardless of if this comes to pass, Lexus and Toyota need a 2.0 turbo. Turbocharged engines do better on the EPA mileage test cycle than do normally aspirated engines. They are also lighter, and they are more compact, allowing a vehicle to be designed smaller in the front engine area, but still pack potential power of up to about 300 horsepower.

Our personal opinion is that Lexus won’t use a BMW engine. However, Car and Driver speculated that Toyota might use a 2.0 turbo from BMW in a new sports car (page 65 April 2014 print edition). CD is one of the best publications written about cars, so we take their wild guesses more seriously than those we find on internet blog sites (like this one!).

Lexus’ new NX 250T (our model code) is going to be a huge success. It will have a 2.0 liter turbocharged four cylinder engine and it will launch late this year. We will know when we pop the hood if the engine is a BMW or Toyota built motor when we see if there is a dipstick. BMW doesn’t use them anymore. The production version of the new NX 250T will be on display at the Beijing auto show in April.

Related Stories:
Production styling of Lexus LF-NX Turbo even more exciting than concept
2015 Tesla Model X or Lexus LF-NX Hybrid - which is the most exciting?

Video and still image credits shown when video is viewed.