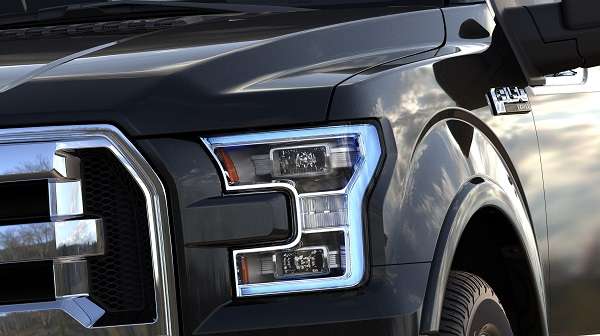 The 2014 Toyota Tundra is on a multi-month sales expansion. Will the new Ford F-150's advances steal away Toyota's customers and stop its run?
Advertisement

The 2014 Toyota Tundra has enjoyed a huge sales surge over the past year. However, a new and revolutionary 2015 Ford F-150 is coming in a few months. Will this updated version of America’s favorite truck mean the end of the Tundra market gains?

2015 Ford F-150 Changes Everything
The 2015 Ford F-150 will be groundbreaking. We had the pleasure of hearing Pete Reyes, Chief Engineer for the 2015 Ford F-150, speak this past week. He went through the design evolution of the truck, which started almost 8 years ago. It is clear that the aluminum body is just one of the many things that Ford is about to introduce that will shake up the full sized pickup market. When it arrives this fall of 2014, the new aluminum-bodied truck will also have a new, more efficient EcoBoost engine. Ford buyers love the current 3.5 liter EcoBoost and select it 40% of the time.

New 2014 Tundra
The 2014 Toyota Tundra is also a new design, having been introduced last calendar year. However, it is not the kind of dramatically different truck that the Ford F-150 will be. Ford may be bringing to market a truck with 20% better fuel economy than its competitors. Add to that improved lighting, innovative bed tie down features, and a power tailgate, and suddenly the Tundra is looking a little old, despite being very new.

Toyota Tundra Sales Numbers
When we started reporting that the Tundra was gaining sales fast last year, truck people did not want to hear it. Feedback varied from “you’re wrong” to “who cares.” Toyota has now had consecutive grown in Tundra sales into its second calendar year, and for many months. Chevy by comparison is losing ground. Its Silverado is trailing last year’s sales by about 2% year to date. Toyota’s Tundra is up about 17% on a volume basis year over year.

Conspiracy theorists that respond to our stories seem to think that Toyota is kicking the Tacoma (smaller pickup) to the curb to make room for the more expensive Tundra on the shared production line. With Chevy introducing an all-new Colorado this fall to compete directly with the Tacoma, and Ford’s F-150 about to change the way we think of trucks, production line space may not be a problem for long down in Texas where the Toyota Tacoma and Tundra are built.

Why Do Customers Choose Tundra?
However, on the other side of this issue is one of brand loyalty. Some say that the Tundra is a good value for homeowners and those that use their trucks for businesses that don’t need heavy duty towing capability. Also, Toyota enjoys a much higher resale value for its trucks than any other brand. That is partly due to its well-earned reputation for reliability and durability.

Feel free to comment below and tell us if you think the new Ford F-150 will slow Tundra’s amazing growth run.