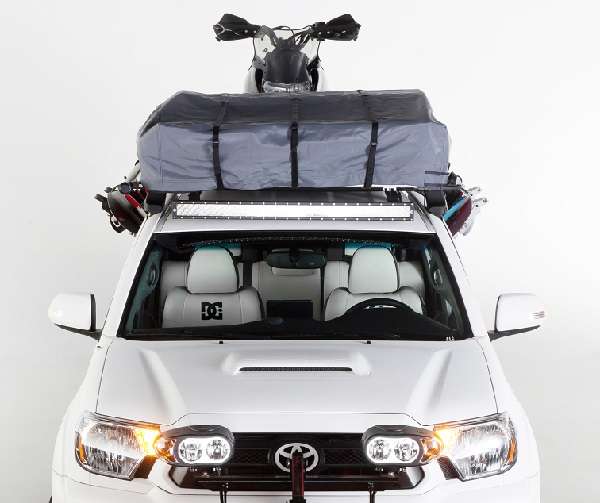 The Tacoma does need updating, but the path to continued success by the Tacoma is not as hard as it might seem.
Advertisement

The 2015 Chevrolet Colorado could be the best thing that ever happened to the Toyota Tacoma. Visit any Tacoma forum or blog and you will see that although the pickup has a tremendously loyal following, those fans know that it can be better. Chevy is not pulling punches with the Colorado. It intends to be the top-selling vehicle in the mid-size pickup market, and the Colorado has the potential to steal away market share from the long-in-the-tooth Tacoma.

Some suspect the Tacoma will emerge in 2015 as a Colorado-beater. We think not. The 2015 model year is now, not later. If Toyota was planning to meet the Colorado’s challenge head on from the first moment it arrived, we would have already seen the new Tacoma at shows, and we would have learned some details. For example, the Lexus NX 200t is going to be a 2015 model and we already know pretty much every detail on that vehicle. No, Toyota is going to sit back at least one year and see what the Colorado actually brings, then Toyota is going to adjust its game (and product) and come back with a solid update capable to sustaining its 140,000 trucks per year sales pace.

Tacoma Update Step One – Engines
If there is one area that is already a problem for the 2014 Tacoma versus the 2015 Colorado it is engines. In our previous story we explained that the base engine may be fine for some, but by comparison to what the Colorado will offer, it is way too weak as an affordable truck. We still think the main parry by Toyota will be to place the new 2.0 liter twin-scroll turbocharged engine in the Tacoma. In the upcoming Lexus NX 200t the new turbo will produce 235 horsepower and about 260 ft-lbs of torque. After the Tacoma’s next redesign, this will be the engine most frequently selected by individual buyers. It matches the output of the current V6 almost exactly. Toyota may retain the inexpensive base 2.7 liter four cylinder engine, but it will be for commercial 2wd delivery vehicles and for fleet sales.

We cannot rule out a new V6 engine for the Tacoma, but given the 2.0 turbo’s ability to carry 70% of the truck’s sales, with the base 2.7 handling maybe 20% of the production slated for fleets and bare-bones value trucks, the current 3.5 liter V6 now used only by Lexus may make an appearance. This engine is more expensive than necessary for the Tacoma, and its torque is nothing special, but that isn’t the point. Toyota needs a V6 with a high horsepower number to offer “homeowner buyers” that plan to drive the Tacoma as if it were a car most of the time, but occasionally need the bed and basic towing ability a few times per year. The 3.5 liter, direct and fuel injected V6, with over 300 horsepower is already in widespread production. Why re-invent the wheel?

Toyota Tacoma plan – Step 2 Features
Look closely at the Colorado’s marketing and we see three themes. First, fuel economy. Toyota will have no problem matching Chevy there. The current Tacoma is already lighter than the Colorado and the new turbo will improve the overall fuel economy numbers for the Tacoma family. No new carbon fiber or aluminum alloy panels needed to catch up. Second, Chevy is talking about making the Colorado a full size pickup in the minds of buyers crazy enough to think that. Toyota will ignore this angle because its larger Tundra is already selling amazingly well. Conversely, the full size Chevy Silverado has been shrinking in sales. Third, Chevy is making the Colorado seem modern and fun. Modern “confotainment” options and lots of fun outdoor gear are a big part of the Colorado marketing blitz.

Toyota will add more sophistication to the Tacoma inside. This pickup truck will need to have optional navigation, entertainment, and connectivity the equal of anything in the Toyota line, including some Lexus models. Again, we stress optional. With little difficulty Toyota can also offer new and improved kayak, tenting, motorcycle, ATV, snowmobile and other outdoors-related gear for Tacoma buyers to see in photos and then either buy or not buy. Much of this type of stuff is simply “wish-book” marketing.

Those hoping to see a completely new platform for the Tacoma in 2015, or even anytime soon may be disappointed. Toyota’s goal is not to keep Colorado from succeeding. It can’t. Rather, this author believes the mid-size pickup market will expand overall, and regardless of the sales of the Colorado, Toyota will update its truck and continue to make its Tacoma a high-volume, profitable, and much-loved pickup truck. Fans of Toyota Tacoma should cheer the arrival of the Colorado.