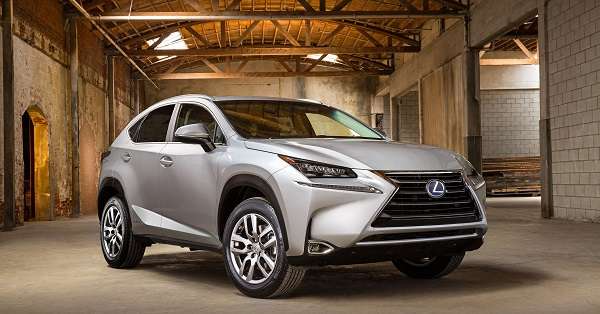 The new 2015 Lexus NX 200t will take the BMW path when it comes to engine technology.
Advertisement

If imitation is the sincerest form of flattery, the BMW X3 should feel very flattered by the new 2015 Lexus NX 200t compact crossover. Lexus will be adopting the same sort of engine technology that has worked well in the BMW X3 for its new line of compact sporty crossovers. The new 2.0 liter turbocharged four is so similar to the BMW engine on paper we even wondered if Lexus had struck a deal to actually use BMW engines.

BMW is very proud of its move away from silky smooth in-line six cylinder engines to noisier, vibrating, turbo-lagging fours. The upside of this move is a flatter torque curve lower in the rev band and a better result on the EPA mileage estimation test. The question for the new Lexus NX 200t is how well has Lexus been able to hide the negative aspects of these engines. Turbo 2-liter fours are nothing new, Volkswagen pioneered their widespread use over a decade ago and Hyundai has been using them across its product line quite successfully.

Like BMW, the 2015 Lexus NX 200t uses a twin-scroll turbocharger. The idea being that this minimizes turbo-lag. That is the brief dull spot one feels when the engine is in its low RPM range and toes the throttle smartly. Turbochargers work by using the exhaust gas to spin a compressor that makes the intake air to the engine denser. When the exhaust gasses are not flowing fast, the turbo is slow, and there is less compression. Once RPMs rise, BAM, the engine hits its torque peak and the engine comes alive suddenly. Without fail, every manufacturer that moves from larger engines to turbos claims to have solved this physics issue. Indeed it can be solved, but not also at the same time as offering the fuel economy gains the manufacturers are hoping for.

The new Lexus NX 200t has almost exactly the same specifications as the BMW mill. It has 235 horsepower (to the BMW 240) and 258 pound feet of torque (to BMW’s 260). Slight changes in the turbo’s boost can alter this, so we will look for the number to increase slightly over time as Lexus refines its new machine. Interestingly, Lexus will use a 6-speed automatic instead of the 8-speed it is putting into most of its vehicles now (including the RX 350 in some cases, which has the same basic layout as the new NX 200t). Our guess is that this transmission’s basic parts are shared with the Toyota RAV 4.

The 2015 NX 200t will have water cooled cylinder heads. When turbochargers compress the intake air the temperature of the intake “charge” is raised due to the ideal gas law (PV=nRT). This reduces the engine’s power, so manufacturers try to cool the intake charge with intercoolers or a method like this cylinder head cooling to cool the intake charge and boost the power of the engine. On the hot exhaust side of the engine Lexus will use an integrated manifold and turbocharger. This will save manufacturing time, and possible money. By all appearances Lexus has thought this engine through.

In the US market the NX line will not include a normally aspirated four cylinder engine taken from the Toyota RAV 4, though that will be offered in other markets. The NX 300h hybrid will have the company’s familiar 2.5 liter four cylinder running the Atkinson cycle with the integrated motor assist system now offered in the American ES 300h, and in the IS 300h sold in international markets. That system offers 194 horsepower in total. The focus will of course be on fuel efficiency and fuel economy. This vehicle will be the most fuel efficient compact crossover in the US market, and likely in all markets in which it is sold. That is, setting aside the Toyota RAV 4 EV.

The new NX 200t may use premium fuel. That would be a shame. Lexus owners would then have to pay about 15% more for fuel than if the new engine used regular unleaded. If so, it may not even be less expensive per mile to drive than the larger RX 350, which does now use regular fuel. Turbocharged engines don’t have to use premium, but most do, the most notable exception being the Hyundai turbo fours. When information on the Lexus’ fuel requirements and fuel economy numbers becomes available will report on it.