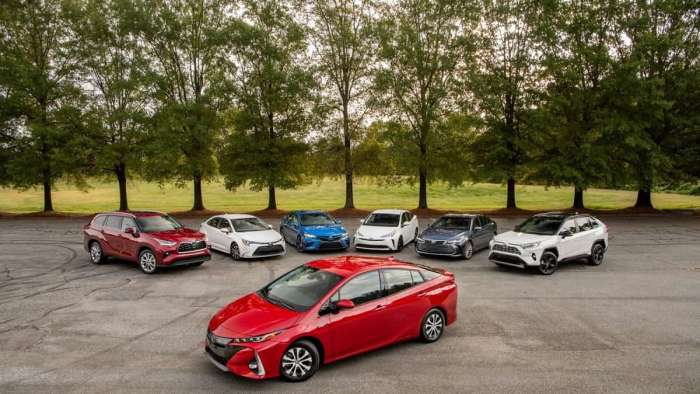 Toyota's Prius, RAV4, And Other Electrified Vehicles Are An Even Better Value With New Battery Warranty

Toyota has announced that its rapidly growing fleet of hybrid and electric vehicles will have an even better warranty for 2020. The important improvement is that the hybrid-electric battery warranty increases from 8 years / 100,000 miles to 10 years from date of first use/150,000 miles, whichever comes first. This new warranty applies to all new model year 2020 Toyota hybrid, plug-in hybrid, and fuel cell electric vehicles. The remaining hybrid-electric drive components will retain their existing coverage duration of 8 years/100,000 miles, whichever comes first. Coupled with two years of included maintenance, Toyota leads in the affordable green car value equation.

Related: The Toyota Prius Outsells Every Car Model At This List of Major Brands

Toyota's hybrid and electric vehicle batteries have a stellar reputation for battery quality, durability, and reliability already, which makes this new longer warranty seem unusual. Toyota Prius owners routinely report over 250,000 miles of trouble-free service from their traction batteries. With some repairs, owners report even more life from the Prius battery. One Torque News contributor has over 350,000 on his current Prius.

Toyota says that it is making the move to bring more buyers to EVs. “Toyota introduced the first hybrid vehicle in the world more than 20 years ago, but people still have hesitations about owning a hybrid vehicle,” said Heather Updegraff, General Manager, Toyota Vehicle Marketing & Communications. “Our goal is to minimize that concern and this new warranty extension for the hybrid battery is just another way we are leading the industry and putting our customers first.”

Toyota's RAV4 has been leading the affordable green vehicle sales in America this year. For 2020 the new RAV4 will also be available as a plug-in hybrid-electric vehicle, Toyota's third generation of electric RAV4s.