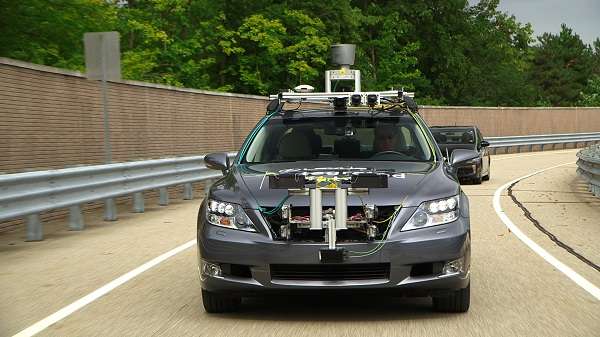 Google announced its new self-driving car prototype has no steering wheel. That is the least interesting thing self driving cars will cut out.
Advertisement

No Horsepower Required
Remember, if you own and operate an autonomous car you won’t be breaking the speed limit. Have you ever driven anyplace and not exceeded the speed limit someplace along the way? It is doubtful. When Google finally does come out with its production driverless car design, whether it be a complete vehicle or simply driver assistance package on your favorite make and model, the base engine will be more than enough to drive you extremely slowly to your destination.

No Safety Equipment Needed
In your car there are hundreds of pounds of steel stampings, aluminum forms, high strength steel bars, pyrotechnic seat belt anchor assemblies, airbags galore and much more just to protect you in a crash. These will need to stick around as part of cars’ designs. The sad fact is that drunks driving older cars will still be killing people in autonomous vehicles well after they are introduced. So your Google car is still going to have to carry around its suit of armor to protect you. We can create cars that drive themselves around, but adding a standard alcohol detection system to a car is out of the question in our society.

In addition to all that bulk used to protect you from other cars, your hood, A-pillar, windshield, front bumper, and windshield wipers have all been designed to lessen the injuries to a pedestrian you strike with your car. In an autonomous vehicle all that can go away. The first time a driverless car runs someone over the company that makes the technology is out of business, so you can bet your bottom dollar they won’t be able to run over people.

No More High Insurance Premiums
Forget saving 15% by cutting out your insurance agent and buying insurance from an imaginary lizard. Autonomous cars will not crash (again, if they do they are out of business), so much of the insurance you now buy will be unnecessary. You also can’t speed, or break any traffic laws, so you won’t be causing crashes that your vehicle is lucky enough to miss being in. Your insurance should come down. However, don’t forget that in many states, like Massachusetts, you now, and will in the future, pay for part of the insurance that convicted drunk-drivers use, so let’s not get too excited.

No More Valets
To this car enthusiast the demise of the valet is long overdue. Now that our cars can drive themselves around the corner, we won’t need valets anymore. Now, if we can just figure out how to make the car rub the curb with its front passenger wheel, and bang its driver’s door against the car next to it in the parking spot, we won’t have to miss those reminders of how much we loved valets.

Justin Oechsner wrote on May 28, 2014 - 2:03pm Permalink
"We can create cars that drive themselves around, but adding a standard alcohol detection system to a car is out of the question in our society." I agree.
Aaron Turpen wrote on May 28, 2014 - 4:19pm Permalink
I had a friend with a DUI who had one of those mandated for his car. Guess what? It detected alcohol constantly and would prevent the car from starting, even when nobody had been drinking. They don't work all that well.
Nicholas wrote on May 28, 2014 - 11:20pm Permalink
Drunk drivers should be handed..a bicycle. Our addiction to driving is causing climate change.
john petrey wrote on May 30, 2014 - 7:28am Permalink
The first car that malfunctions and T-bones a family or single driver when it was supposed to stop at an intersection will have these yanked off the street before a cat could lick it's ass! Insurance would drop these as well.
John Goreham wrote on May 30, 2014 - 12:46pm Permalink
Hard to argue otherwise.