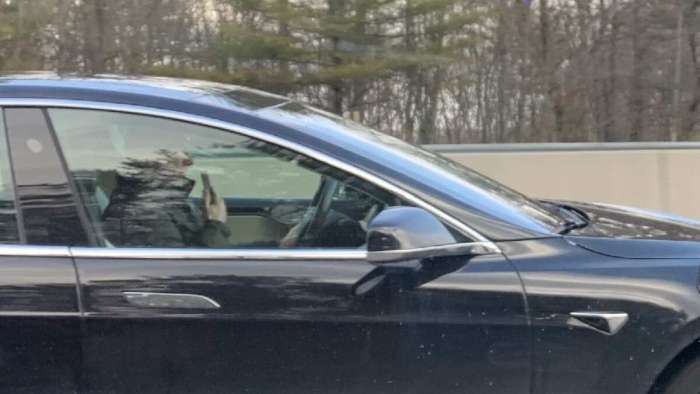 A new study looks at the results following cell phone bans in three states. The results are easy to call ineffective.
Advertisement

The Insurance Institute For Highway Safety issued a press release this week on the topic of in-vehicle cellphone bans. The title of the press release is “More sweeping cellphone laws reduce crash rates.” We will summarize the overall results of the new laws in three states and let the reader judge whether the bans were useful to public safety.

To measure how effective the new laws were at reducing cell-phone-related crashes, researchers chose to look at re-end crashes. IIHS says that rear-end crashes were chosen as the metric because research has shown that cellphone use is associated with a much larger increase in the odds of those crashes than any other type. In other words, this one type of crash acts as the canary in the coal mine regarding what’s going on with cell-phone-related vehicle behavior and subsequent crashes.

California Cell Phone Ban Results In Increased Accident Rates
California enacted a law that punishes cell phone use in vehicles. According to IIHS, “...the rate of police-reported rear-end crashes of all severities did not change in California with the broadening of its cellphone law.” The IIHS paper clarifies what change in the monthly rear-end injury crash rate was observed following the cell phone law, saying, “California showed an increase of 2 percent, but that figure was not statistically significant.” The quick way to summarize the effectiveness of cell phone laws is that in California, the laws made crashes increase.

Oregon and Washington Bans Result In Decreased Accident Rates
In Oregon and Washington State, researchers were quick to say that “...dropped substantially in Oregon and Washington after those states adopted laws against holding a phone while driving.” Substantial sounds like a very impactful word. But what were the measured drops? “...monthly rear-end injury crash rates dropped 9 percent in Oregon and 11 percent in Washington.” The summary also explains that the data were massaged a bit in these states. For example, “The researchers did not analyze the impact of Oregon’s new law on rear-end crash rates of all severities because that state changed its rules governing when police are required to report property-damage-only crashes during the study period.” So, the “substantial” decreases of roughly ten percent were in just some types of crashes, not all.

IIHS feels that cell-phone-bans should be more widespread, broader to allow for basically no touching of a device while driving, and that the fines should be more severe. What say you? Should tapping “Change route to avoid accident” on Google Maps be an action that should result in you having points added to your license and higher insurance costs? And how would rideshare work at all if the drivers were not allowed to use mobile phones in the Uber and Lyft vehicles millions of riders depend upon? Tell us your thoughts in the comments below.

You can view the IIHS information page here.

Eugene wrote on August 10, 2022 - 2:23pm Permalink
I doubt anyone would want to add in more offenses when stopped for a traffic ticket/traffic accident and admit they were on a phone. Unless they had visual proof that the cellphone was in use, 9 times out of 10 people would omit that they were on the phone. My guess is that most of the data they received about this stat is under-reported.

Tesla Contemplates A New Strategy for China Retail even As Sales Boom
Jay Leno on Elon Musk & EVs: “I Think He Should Get ... Credit"
END_OF_DOCUMENT_TOKEN_TO_BE_REPLACED