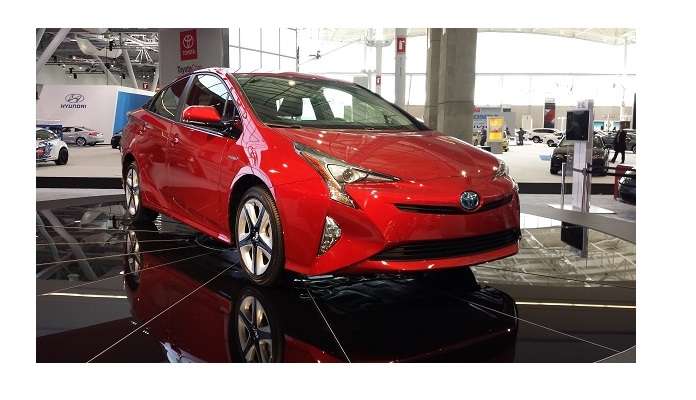 The Toyota Prius joins $100K near supercars and luxury models on a list of the top 10 most satisfying cars as rated by owners.
Advertisement

Follow this list with us and tell us which one seems a little different: Corvette, 911, Miata, Prius, Tesla Model S, Dodge Challenger, Mustang GT, Which doesn't belong on Consumer Reports' newest top-10 Most Satisfying Cars list? Correct, the Mustang GT!

The Prius earned its spot not by being a favorite of the Consumer Reports Staff. It earned its spot by having its owners answer surveys and singing its praises. Like the Tesla Model S and Porsche 911, the Prius is ranked a 5/5 for projected owner satisfaction and maxes out the "Would you buy this car again" percentage.

The only people not surprised by this win are Prius owners. They know, and have known for 20 years, that the Prius is a great car to own. It comes with two years of included maintenance, has no timing belt that ever needs changing, costs less than an electric vehicle for energy in many key markets, and hey, if you want to plug it in, they make one like that too.

The Prius is long a Top Safety Pick. No Tesla has ever earned that distinction. Prius also has long been the top-selling green in America and the world, and the Prius just keeps getting better. Consumer Reports noted that in addition to its improved fuel economy for the current generations, "...the new car also handles more responsively and rides more comfortably." Watch out 911!

Two Tesla Models, the S, and the X both made the new Consumer Reports List. They deserve their spots and are great vehicles. But they cost between $75K and $150K. The Prius tops out at about $33K. That, and its customer satisfaction scores are part of why the Prius outsells them combined each month. Heck, throw in the 911 to that tally and the Prius outsells all three.