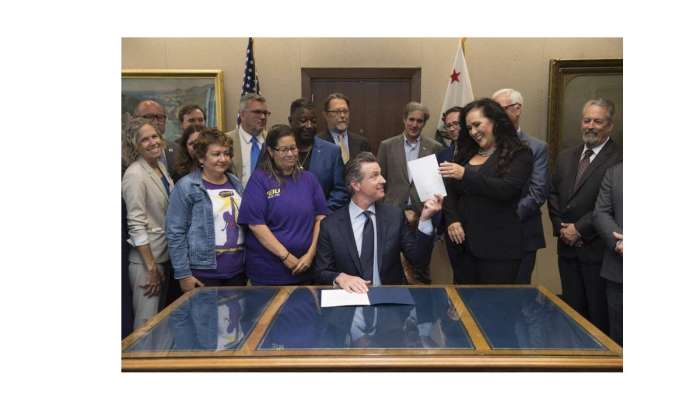 A California Assemblyperson has a strong message for Tesla's Elon Musk. Those of you with tender sensibilities may wish to look away from the tweet below:

Lorena S. Gonzalez is also the same potty-mouth labor union employee behind the passing of the new anti-gig-worker law in California. Lorena S. Gonzalez is credited with working to pass the bill, known then as AB5, in the Assembly. Musk is not the only person to whom Ms. Gonzalez has uttered profanity in public forums. She reportedly used the same language to a constituent exercising her First Amendment right to free speech. In addition, she is also reported to have used that same profane term at an Elizabeth Warren rally. We know of video related to the potty-talk but have opted not to insert it in our story. You can learn more from local reporting on this topic.

Ms. Gonzalez joined in the ongoing Twitter fight with Elon Musk this week. She calls Tesla a "Highly subsidized" company. Well, that is no secret to anyone who follows EVs. All electric vehicles receive taxpayer support in the form of direct consumer rebates, federal income tax deductions, manufacturing plant tax subsidies, and ZEV credit subsidies. To say these taxpayer subsidies are popular in California would be an understatement.

Musk would like to re-open Tesla's Freemont factory so that the company he leads can produce electric vehicles. EVs are pretty popular in California. In fact, they are mandated courtesy of CARB. Still, despite Musk's company's experience operating factories in China, where the virus first was reported, California still won't let Musk open for business. In its defense, the local board says it has been working with Tesla to reopen as soon as it is safe to do so. You can read the Alameda County COVID-19 Board's statement here.

Ms. Gonzalez purports to understand why not just Tesla, but all of Silicon Valley is presently in conflict with the State Government of California.

We checked Ms. Gonzalez's Linked in profile to see if she has any experience working at a Silicon Valley tech company. As far as we can see she has only worked in politics during her career. Having never been a worker in tech manufacturing herself, or a gig worker, we'll assume all of her experience on this subject is second hand.

Elon Musk is promising to move Tesla out of California. Local newspapers are running editorials wishing him "Adiós." Somehow we can't help but imaging Toyota's executives reading all of this news to themselves in their new headquarters in Texas or at their new manufacturing plant in labor-friendly Alabama and saying to themselves, "Just in the knick of time..."

Related: See how the local mayors of Fremont and Palo Alto support Tesla.

John Goreham is a long-time gig worker. John's past experience includes working in the semiconductor industry for two decades as a regional manager for manufacturers supplying companies like Intel in Silicon Valley. He also worked as an area manager for a manufacturing company based in Burlingame CA that fled the hostile business environment to Texas. You can follow John on Twitter, and view his credentials at Linkedin.