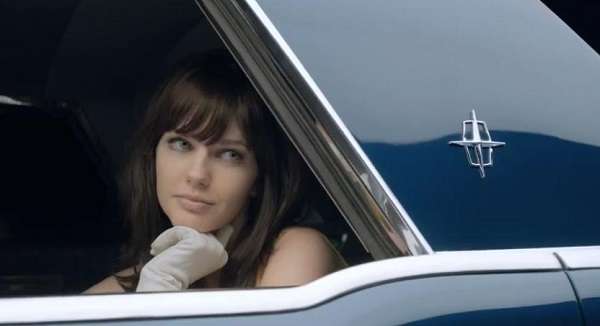 Sometimes the car takes us to when, not where. Today in line at a big chain hardware store I bumped into an older fellow auto enthusiast. The clerk was asking him in an increasingly louder, but polite voice if he had his rewards card. “My what!?” the older gentleman was shouting back.
Advertisement

So I tapped him on the shoulder and held my rewards card out. When he saw it he said “Oh. No. I don’t use those things.” He gave the clerk some cash in exchange for some old-school car wax. The kind you put on, let it turn white, then give yourself dual elbow tendonitis trying to rub off.

The car-guy turned to me and said “I just want some car polish. They have everything here except car polish.” I was buying some Wash ‘N Wax, which is a product you apply to a car just washed while it is still wet and then simply wipe off. It works great on cars that are kept clean. He left. I paid. I left.

In the parking lot I saw the guy in his car and I decided to try to offer him some advice, despite knowing it might not go well due to his poor hearing. My car was there having just been washed and waxed and I wondered what kind of special car he had. He was in a beater Corolla, so I knew that wasn’t the car he intended to wax. I leaned into the passenger window and said “Do you have a minute?” He smiled and said “Sure, what’s up?”

He got out to talk with me, which I thought was kind of cool in a formal way. I asked him what he needed to polish and he replied “I have an old Lincoln I take to car shows, and the guys there always say ‘What are those spots?’” He explained that he didn’t know why, but he was getting what seemed to be water spots on his car, which he garaged. He told me about 3 times his car had never seen rain as if I would think that unusual. Having owned a car that had never seen rain, I in fact completely got it. Without any sort of talking down to this much older car-guy I explained that he had water spots from condensation due to temperature changes. The spots were actually dried dust spots where the water had beaded up. I told him he could buy water spot remover to get them off and then if he kept the car waxed they could be removed simply by wiping with detailer. I showed him the product I had bought and explained that I couldn’t use the old-school wax anymore because of my back. Over the past decade I had decided to wax smarter, not harder and it was going well (hint-hint).

He thanked me and said he would still try the stuff he bought and we “negotiated” for him to put it on a small area before he applied it to the whole car in case it wouldn’t come off. I considered offering help, but people are spooked by such offers of help, even when they have sincere intentions, so I didn’t.

When we were about done talking we turned to the topic which car shows he takes it to. We both knew the good local ones, but they are over for the season. That was when he told me that in fact, he wasn’t planning to wax it for a car show just now. Rather, he was getting it ready to drive down to Nauset Beach on Cape Cod where his wife’s ashes had been placed some time ago. He goes once a year in the fall.

Tesla Contemplates A New Strategy for China Retail even As Sales Boom
Jay Leno on Elon Musk & EVs: “I Think He Should Get ... Credit"
END_OF_DOCUMENT_TOKEN_TO_BE_REPLACED