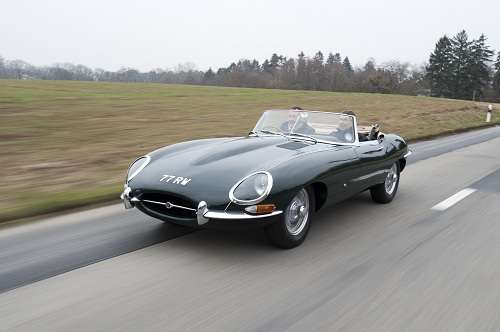 Is Mad Men too hard on Jaguar

Mad Men is a car lover’s soap opera, but the show comes down hard on Jaguar. Is it deserving of the abuse?
Advertisement

Mad Men has a love affair with cars and the recent flirtations with Jaguar have made the show even more sexy. The really neat twist on this is that our protagonist, Don Draper, or should I say quietly, Dick Whitman, is absolutely not a car enthusiast. In past episodes he had to be pushed into buying a Cadillac. His fellow partners thought he should have the best and Don just didn’t care. At one point after Don’s father-in-law passes away he is the owner of both a late 50’s early 60s Lincoln and Cadillac. At that time, in that place, it just didn’t get any better.

A Big Win For a Little Firm
Lately, the Jaguar account has been the talk of the show. Don is still uncaring. At one point Pete says to him “Ya know, if I had told you last December we would be in the running for a car, you would’ve kissed me on the mouth.” Don sums up his feelings succinctly talking to Roger when he says “I’m tired of this piddly Sh…I don’t want Jaguar, I want Chevy!” Poor Jaguar. During a sort of test drive Don has to take to satisfy his product research, he tells the salesman that the cars have reliability problems and electrical issues. The salesman replies “We’ve addressed that.” It is a good comeback, but had Jaguar really fixed it? In a later scene a desperate man tries to start a Jaguar and the poor quality actually saves his life. Maybe there are two sides to everything?

Volvo Reliability vs. Jaguar Beauty
During the 1980s this author’s uncle (who we called “The Man.”) was a car guy and he loved Volvos before anyone knew what a Volvo was. One day he made the move to Jaguar. His sufferings with the ‘Jags is family legend. Paint that peeled off in sheets, mechanical problems so numerous and so frequent that he saw the service manager more than his wife. Despite that he stuck with the beautiful brand and he still drives a Jaguar that is perhaps one of the most perfect V8 coupes ever made. Are these anecdotes just that, or is Jaguar really cursed with great looks, but electrical gremlins that run so deep they just can’t be rooted out?

Fixed By Ford
The answer to the question “Is Mad Men too hard on Jaguar” may be a personal one each viewer has to answer. The question as to whether Jaguar has exorcised its demons is more objective. In the 2011 J.D. Power and Associates ranking by brand for initial quality Jaguar is third overall with Lincoln in the top spot. Maybe Jaguar’s time in the Ford family cleared up some British ailments? The Chevy Don thought so highly of is ranked 16th.

Comment below if you think Jaguar is getting the shaft.

Matthew F wrote on June 8, 2012 - 10:11am Permalink
Good article! You raise an important point: Brands often find it hard to recover from serious stumbles. Once Jaguar earned a "reputation" for it's problems, it was in a much harder place to earn consumer trust back from its current customers, and then attract new ones. In the 1980s and 1990s, word of mouth was bad enough; these days it's word-of-mouth-around-the-world-with-social-media, where "gremlins" are retold and retold and retold at the speed of light. And even if Jaguar has dramatically improved its electrical problems (and I personally love the new design compared to the old), it has to do more to foster positive brand perceptions. Mad Men wouldn't be able to be "hard" on the brand if brand loyalists were vocal about the improvements. Even Apple withstood "antennagate" easily, because its fans were loyal to a fault.