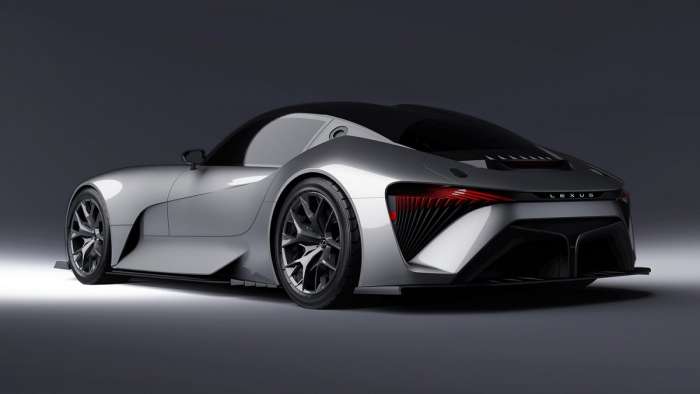 A second glance at the Lexus BEV Sport Concept, today February 14th, has stolen our hearts and engaged our imaginations.
Advertisement

Lexus tugged at our heartstrings today, releasing another rendering of its Lexus BEV Sport Concept. Now that Toyota has returned to the idea of making battery-electric vehicles (BEVs) for North America, something it began doing in 1997 but then put on hold in 2014, we like to imagine what fun roadsters may be in the making.

Related Story: Guess How Long It's Been Since Tesla Promised the New Roadster - We Dare You 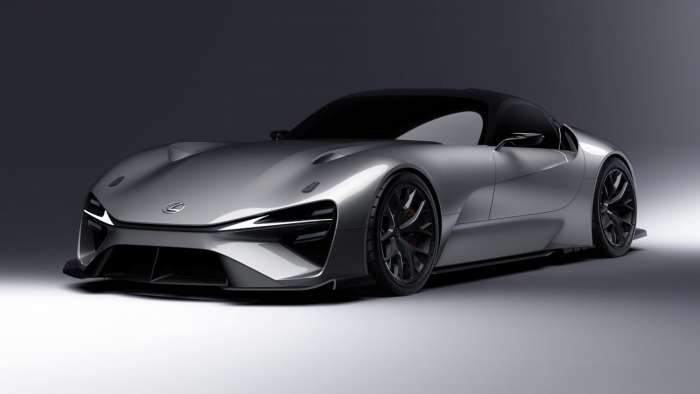 Lexus revealed the latest rendering back in December and today re-posted the concept rendering along with some bits of information we find of interest. First, Toyota says the cruising range could exceed 430 miles. That’s a funny number to choose in a concept car if Lexus hasn’t already started work. The range guestimate rounds pretty close to 700 km, so perhaps that is why “430” is the estimated range. Or maybe that is what Toyota’s testing reveals? In either case, 430 miles is the exact distance from Never-Ever Land to the Magical Kingdom if you follow the Yellow Brook Road, so that can not be a coincidence.

Here's a fun bit. Toyota says the car may use solid-state batteries. Not those silly liquid electrolyte ones we all talk about today that catch fire, cost so much, and are so darn heavy. Hey, if you are going to fantasize about a BEV you really should start with the batteries and work your way down, so to speak. We like our batteries solid.

Next up is the all-important 0-60 MPH sprint time. No imaginary sports car would be complete without a dreamy launch time. Toyota says it could be in the 2-second range. Of course, less than 2 seconds is almost impossible on a real road with street-legal rubber due to grip and physics, but hey, this is supposed to be a fun fantasy, so why not?

Although many EV reporters make a decent living hyping imaginary EVs, this writer tries to keep it real. So, that’s why I chose the word “rendering” to describe the Lexus BEV Sport Concept. For accuracy, we should note that the work Lexus chose was “picture.” You be the judge.

Having covered Toyota and Lexus as a member of the media for a decade, and followed the brand as an enthusiast (first-gen Supra owner here) since the 1970s, one thing is certain. Toyota usually has the vehicle done when it announces a concept. That’s why its final products look pretty close to the original concept car “pictures” and why Toyota's and Lexus' concepts tend to look a little more realistic and a bit less fantabulous than some competitors' imaginings. 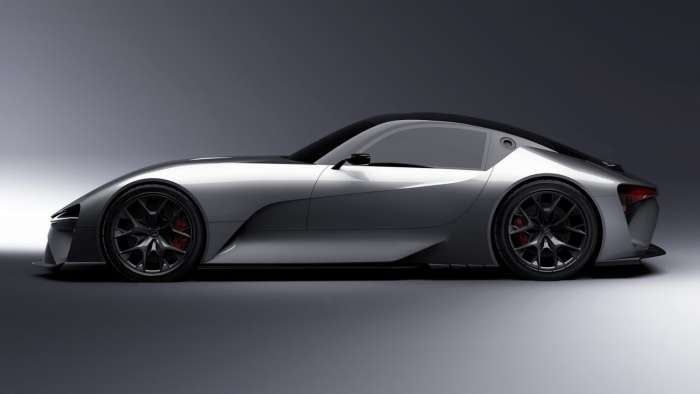 When will we see the two-second production version of a concept car that Lexus and Toyota have shown off now twice in four months? Tell us your guess in the comments below.

DeanMcManis wrote on February 14, 2022 - 6:07pm Permalink
The key word here is "Concept". I am glad for all positive efforts that Toyota is making towards building BEVs, and especially making them fun and exciting to drive. So I will never put down any BEV supercar that they have planned. But however long it takes, it will feel too long before it arrives. And like their first, super cool LFA, it will be well out of most people's budgets (if not their dreams). I saw a couple great looking sporty (yet probably affordable) BEVs planned for the future, from their teaser photos. But the question is..When?
John Goreham wrote on February 15, 2022 - 9:32am Permalink
Well said, Dean. Honestly, I'd much rather see the global limited EV battery production used for delivery vehicles, USPS vehicles, and similar than for a sporty car costing six figures. I think it would be fun if Toyota built a few for real owners, but the last thing I want to see is Toyota be distracted from making electrified vehicles that provide the most EV-Mode driving hours possible.
DeanMcManis wrote on February 15, 2022 - 1:57pm Permalink
I agree that EV delivery vehicles would greatly benefit everyone. Unfortunately, the corrupt USPS contract with Oshkosh will prevent that from happening on a national level. I don't know if Toyota has plans for an EV transit vehicle like Ford's E-Transit van. But I don't mind companies building EV halo supercars, because the resources used (including batteries) are minuscule compared to mass produced vehicles, and the cost is less than a Superbowl ad, but it does get the idea of EVs being exciting and fun out there to a wider audience, instead of EVs seen and just being bland eco-boxes, and golf carts.