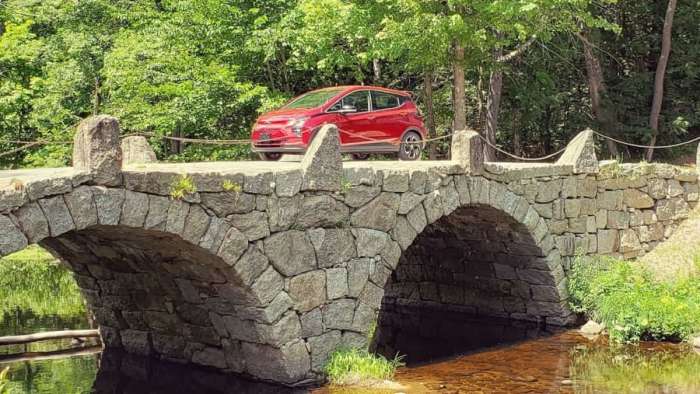 A spokesperson for Chevrolet tells us what the current plan is for the many Bolts that owners sold back to GM following the Bolt battery fire recall.
Advertisement

Chevrolet has confirmed to Torque News that the company plans to re-sell Bolt electric vehicles that the company has repurchased back from owners following its high-profile recall and ongoing stop-sale. Spokesperson Kevin Kelly, Senior Manager - Chevrolet EV, Car, Crossover, Performance Vehicle and Motorsports Communications, told us, “Our current plan would be to re-sell these vehicles once they have their replacement battery modules installed.”

Related Story: Chevy Bolt Outsells Nissan Leaf 2 to 1 Despite Being Off the Market

The Chevrolet Bolt Battery Recall
The Chevrolet Bolt has been undergoing a long, multi-step recall this year related to fires originating in defectively manufactured battery packs. Multiple Bolts have burned up, prompting all manner of responses from Chevy. These included restrictions on how much of the available battery capacity could be used, reductions in the total available range miles the vehicles could employ, restrictions to charging in one’s garage, parking advisories, and more.

The recall included every Bolt five-door hatchback and all the Bolt EUV crossovers the company produced, as well as any new 2022 units built but not delivered to consumers. Due to Chevy’s struggle to understand and cope with the cause of the battery fires, GM took the very unusual step of offering buy-backs from consumers. And these buy-back offers have tended to be generous. Rather than offer the consumer “current market value” for the Bolts, it offered more. For example, base model Chevy Bolts were selling this year in New England new from dealers for under $20,000 through the first third of 2021. Many of the buy-back offers to consumers for well-worn Bolts were in the $30Ks. Social media such as the Facebook Bolt club, has all of the first-hand examples and Chevy offer letters you’d care to peruse. 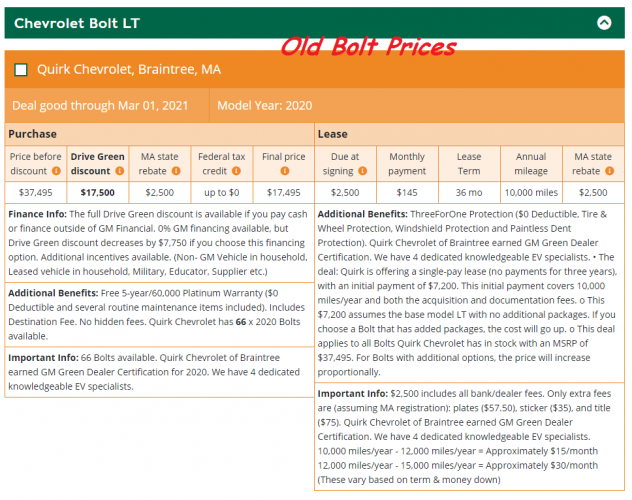 Chevy Bolt Prices
With new Bolts selling for under $20 this year, imagine the amazing deals one can expect from Chevy when recalled, purchased back, and subsequently repaired Bolts re-enter the U.S. market. One would assume that new, or slightly used 2020 Bolts might cost in the neighborhood of $10K, were it not for the fact that vehicle shortages have driven used vehicle prices to the Moon. Our best guess is that refurbished bought-back Bolts will be a steal.

Bolt Battery Production Has Resumed
Bolt battery production has resumed with a fix in place to ensure there will be no more battery fires. However, repairing the vehicles still in use by owners will take priority over repairing the bought-back Bolts in GM’s possession. Mr. Kelly told us, “We will replace current owner modules first.” He added, “It’s important to note that these (bought-back) vehicles will be placed in a lower priority group for their replacements versus our existing owners.”

Why We Love the Chevy Bolt
It is no secret that the Chevy Bolt is one of this author’s favorite affordable battery-electric vehicles and that the Bolt EUV is a favorite of almost anyone who has had the pleasure to test it. Hands-free Super Cruise, a fantastic infotainment system, and a fun driving experience set the Bolt line apart from its peers in the overall EV segment. Couple these advantages with a great price, and bought-back Bolts could be the best EV deal in America in early 2022.

DeanMcManis wrote on October 5, 2021 - 1:00am Permalink
The refurbished Bolts should sell well once they have the battery packs replaced. But I think that the prices will be mixed, with some depreciating from the bad reputation, and some prices climbing because of shortages of comparable new and used vehicles. Unless there was some super-low prices for the refit older models, I'd wait, because refit newer models can't be far off those prices, especially if Chevy gets their federal subsidies back again in 2022. And the new Bolt's seem much improved overall.