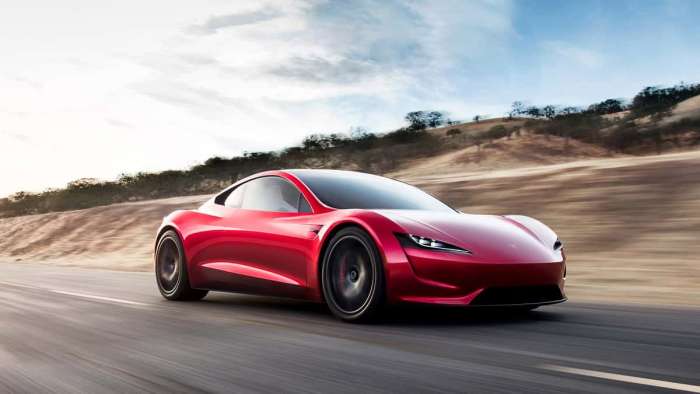 It's Been This Many Years Since Tesla Promised the Roadster, Cybertruck, and Semi

Tesla’s upcoming products seemed so real at their “reveals.” Will 2021 be the big year for Tesla's halo vehicles?
Advertisement

As we enter 2021, Tesla enjoys a massive market capitalization larger than any other automaker. The company is also following its leader to Texas, joining hordes of wealthy individuals like Joe Rogan and Larry Ellison, and corporations like Toyota and Hewlett Packard fleeing the hot mess that California has become. Tesla’s Model 3 and Model Y simply dominate their segments, and we don’t mean the EV segments. They outsell the other premium-priced vehicles in their class by a country mile. The S and X still enjoy some niche sales, and for their high-priced segments, do fantastically well.

So much is going right for Tesla it would seem logical that the new products the company introduced years ago would be here by now. But they have not arrived. Tesla seems satisfied to have spelled out S 3 X Y and stopped. Let’s look back at some of Tesla’s imaginary products and when we first were introduced to them.

Tesla Roadster
Tesla fans are posting their reservations in Tesla forums showing the roadster with a production date saying, “Production is expected to begin in 2020.” Another imaginary deadline we can only presume. Back in November of 2017, four calendars years ago, and nearly 38 months past, Tesla proclaimed its Roadster is “The quickest car in the world, with record-setting acceleration, range, and performance.” The current website still makes that claim today. Of course, Tesla left out that the car is imaginary. Other than that, the claim is entirely true.

Tesla Semi Tractor
As a person who lives close to two freeways, nothing would make me happier than the end of dirty diesel trucks Jake-braking their way downhill wasting energy that could silently be recouped with regenerative braking. When Tesla “revealed” its Semi back in 2017, the future seemed so promising. Musk gave us all the impression that deliveries would start in 2019. However, despite a handful of Tesla Semi prototypes, the vehicle does not exist in the real world. If any Tesla product excites me, it is this one. If only it were real.

Tesla Cybertruck
14 months ago, Tesla rolled the Cybertruck out onto a stage surrounded by a bunch of black-clad minions who proceeded to break the windows to show us how tough its bullet-proof glass was. What a fun event! Reservations went crazy, and folks began to debate in earnest which imaginary electric pickup truck was the most macho. The Cybertruck has so many imaginary peers we have lost count, but the Hummer, F-150, Bollinger, Rivian, and whatever GM is calling its Silverado electric trucks are the easy ones to compare the Cybertruck to. Sort of like fantasy football, but without any real players to benchmark stats with.

This story will not age well. At some point, Tesla will start delivering the products that it promised one, two, three, or four years ago. What’s your prediction on when shoppers will start to receive their Roadsters, Cybertrucks, and Semis? If you have a reservation tell us when you placed it and what your promised delivery date is or was. Post your prediction in the comments below.