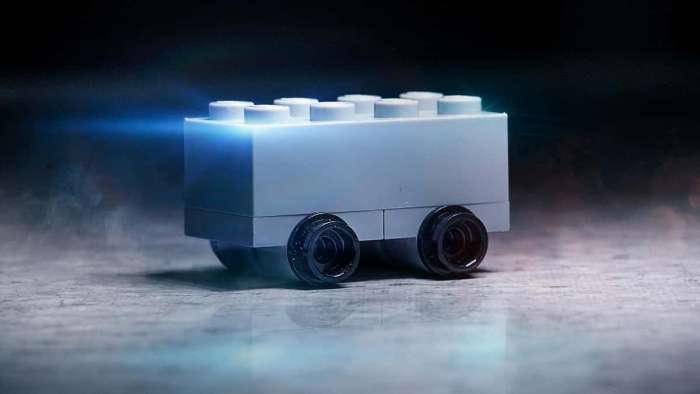 Holiday shopping is always a fun event this time of year. Black Friday has long been seen as the top sales holiday for brick and mortar shops in America. Now, the folks who bring you your child's favorite building bricks have a new one, called the Lego Tesla Cybertruck.

Lego is short for the Danish words "leg godt," which together mean "Play well." The company has always been about fun and this new Twitter post is just that. A bit of fun, at Tesla's expense. Lego posted that its new Cybertruck is "Guaranteed shatterproof." This in reference to Tesla's reveal fiasco. 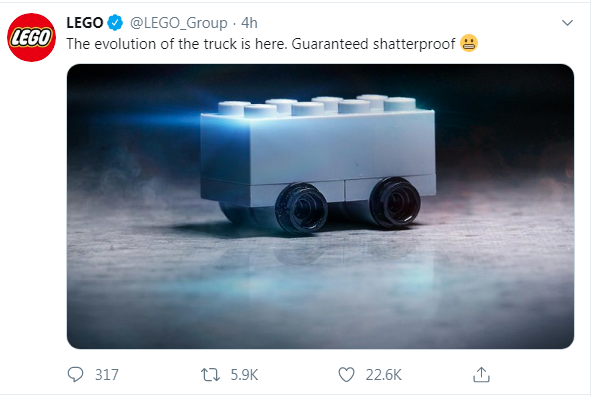 During its reveal, Elon Musk of Tesla showed off firearms being shot into things, a claim that the new Tesla Cybertruck was bullet-proof and its windows "shatterproof." Tesla had a guillotine of sorts on stage and a host of minions dressed in costumes showing just how tough the new truck was.

All of that went sideways when a silver ping pong ball type thingy was lobbed by lead minion Franz at the Cybrtruck shattering its driver's side glass. This elicited an F-bomb from Musk followed by the word "God." A second lob broke a second pane of glass. This failed launch has many laughing at Tesla's expense. Investors may not be laughing since the company's stock dropped after the reveal. However, Tesla may have the last laugh. There are reports the Tesla has quite a few pre-orders for the Cybertruck.

The LEGO Group toy company was founded in 1932 by woodworker Ole Kirk Kristiansen. The company has passed down from father to son and is now owned by Kjeld Kirk Kristiansen, a grandchild of the founder. Although Lego has seen good times and bad, it has of late become a staple of American childhood. The company wisely began creating kits for its bricks that allow more satisfying play for more children. Lego has also worked with schools, robotics groups, and media to expand beyond its interlocking play bricks. It was the Bionicle line that saved the company in the modern age.

Those with Netflix should check out the episode on Lego in the series, The Toys That Made Us. You can see the real Lego lineup of toys for this holiday season at the Lego company's website or your favorite brick and mortar or online retail site.

Watch the size comparison between the Tesla Cybertruck and the 2020 Ford F-150 and click to subscribe to Torque News Youtube Channel for daily automotive news analysis.

If you didn't read the story, but just the headline, please post "Just don't step on one!" in the comments below.

Elon Makes a Cybertruck Statement With an Action, But Quiet in Words
Tesla's Record Month in China: Doubled Registrations in March 2021
END_OF_DOCUMENT_TOKEN_TO_BE_REPLACED