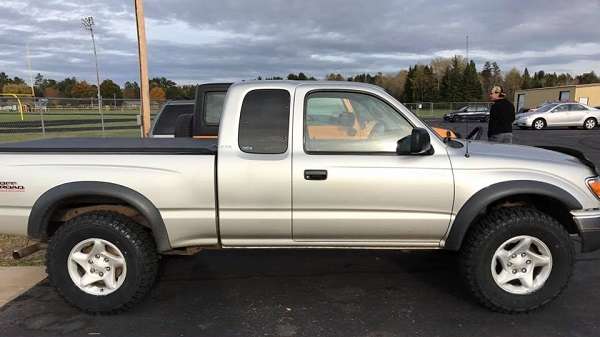 How Long Should a Toyota Tacoma Last? Not Judging - Just asking

Tell us, and we will make sure Toyota hears you, how long you think a Tacoma should last - and why.
Advertisement

Walk past Easton Phalin's Toyota Tacoma in a parking lot (above image) and at a glance, it would seem to be a new truck. However, it is not a new truck, it is a 13-year-old Tacoma. Torque News reached out to the Facebook Toyota Tacoma Enthusiast's group for help with the image for this story and we immediately had a long list of pristine Tacomas older than 10 years to use.

The reason this story is asking the question "How long should a Tacoma last" relates to the frame rot issue so many Tacoma owners have suffered through. In Toyota's defense, the company has gone farther than any other automaker we can think of to solve a problem it has taken responsibility for. However, many owners are still not satisfied, and since the problem happened twice, not once, they are justified in their anger.

This week the publication iSeeCars released the results of a survey they did which asked owners how long they keep their cars. This was no small survey. They looked at owner sales data on 2.5 million cars. Toyota models dominate the list of vehicles that owners kept the longest. The top four are Toyotas (and half of the top 10 are Toyota models).

Aaron Genske from the Facebook Tacoma club showed us an image of a compact Toyota pickup that is now 20 years old and has 337,000 miles on it. We don't expect many Tacoma owners to report they expect that kind of life, but we would like to know how long they think is a fair life expectancy. One commenter under a story about the frame rot issue took the time to write and say that he was angry his 1999 Toyota truck was no longer in service due to frame rot. Should Toyota be expected to fix an 18-year-old pickup, or compensate the owner if it eventually quits? If so, tell us how you come to that expectation. We are not judging, just asking. What is a fair life expectancy in years and in miles for a Toyota Tacoma before it is put to rest?

One footnote to those who think badly of Toyota trucks' overall longevity. Aaron Genske's 20-year-old truck was taken off the road due to the frame rot issue. It is now a bare-bones, stock race truck. He races it in a "Tournament of Destruction" demolition derby series. It has survived two races so far and he plans to keep on racing it indefinitely.