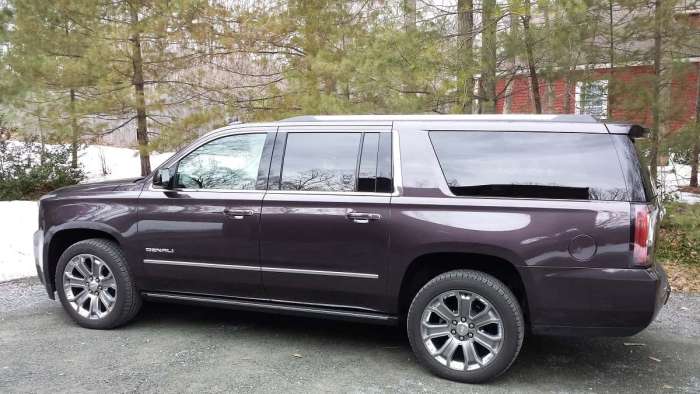 Crash tests in labs are helpful, but the grim data from real-world crashes point to these vehicles as being the safest overall.
Advertisement

Big, all-wheel-drive SUVs are the safest vehicles on the road. That is one conclusion from the latest IIHS study of real work driver death rates by model.

Those looking for safety data when shopping for vehicles often end up with the flashy IIHS crash test results as their guide. We are no exception. We have come to trust the Insurance Institute for Highway Safety after many years of speaking to their engineers and reporting the results of the testing. However, there is a real-world study they Institute releases every three years we should probably give more attention to.

This study, like the last, shows a few trends. In general, huge truck-derived kings of the road like the massive extended-length SUVs built by GM are the safest vehicles out there. The GMC Yukon XL tops the list. “Smaller vehicles offer less protection for the driver in crashes, and their lighter mass means that they take the brunt of collisions with larger vehicles,” says Joe Nolan, IIHS senior vice president of vehicle research. However, look closely and you will find the Volkswagen Golf, Nissan Leaf, and a small sedan from Mercedes hidden among the gems. 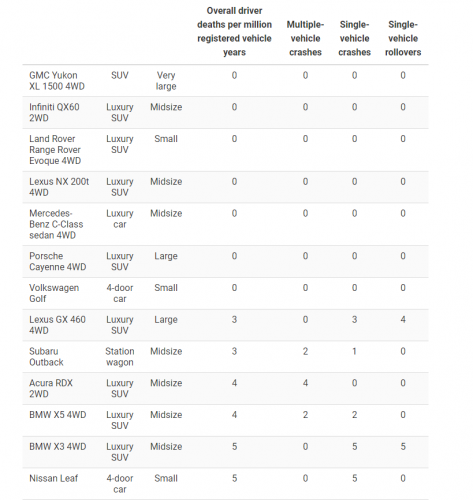 The top 20 safest vehicles include vehicles of all shapes and sizes. Roll the numbers up to classes of cars and the bigger SUVs and crossovers, in general, all do very well in terms of having a low driver death rate.

Related Story: Buying Your Graduate A Car - Avoid These Models At All Costs

For a full look at the new IIHS numbers, check out the study here.