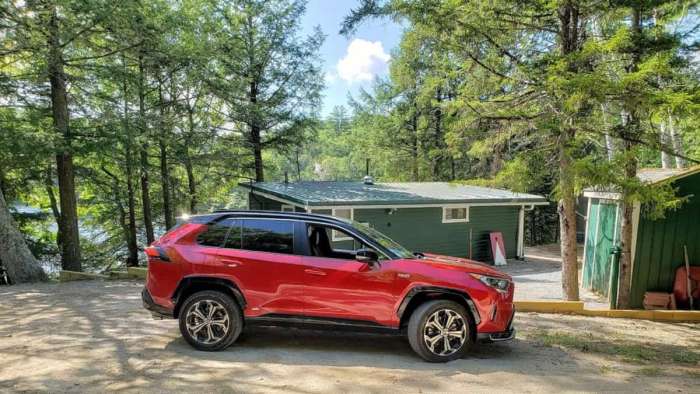 Consumer Reports finds the Toyota RAV4 to be a viable substitute for the Model Y. Here’s why.
Advertisement

In its latest “Talking Cars” episode number 287, Consumer Reports (CR) explores the ins and outs of the Tesla Model Y crossover. CR purchased a $62,000 Model Y Long Range AWD with Full Self Driving (FSD). They have owned it for quite a while and heap praise upon the vehicle. Yet, the group does not recommend the Tesla Model Y.

Is the Tesla Model Y Really An SUV?
While they compare the Tesla Model Y to a Porsche Boxster for its driving position, and call it nimble and praise its fantastic handling, CR views the Model Y more of a tall hatchback than an SUV. CR also praises the Model Y for its torque and living electric personality. However, CR has been unimpressed with owner-reported reliability issues. Issues that are not related to just panel gaps and fit and finish. Rather, things that require the vehicle to be out of service while it is repaired. CR’s Director, Auto Testing, Jake Fisher, summed up these problems by saying, “The problem is reliability. You shouldn’t have to put up with that.”

Consumer Reports also noted that the $65,000 Model Y, like the one they own (Tesla has raised the price of FSD since they purchased it) falls down in some surprising areas. The group points out that there is no head-up display, the Blind Spot Monitoring is a failure, and the group finds FSD requires “hypervigilance” on the part of the driver. Even the conventional Autopilot is unimpressive to this group who has tested many systems that are better from other automakers. One Consumer Reports tester also feels that the ride quality of the Model Y is just too stiff. A trade-off for its sports-car-like handling. Finally, the group finds it ridiculous to have to peck through a menu tree in order to enable a wiper sweep of the windshield or to adjust an AC vent. 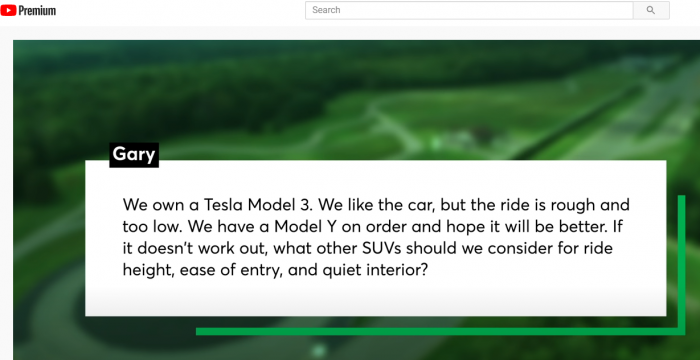 Toyota RAV4 Prime As Tesla Model Y Alternative
None of these issues were why CR suggests the Toyota RAV4 Prime plug-in hybrid-electric vehicle (PHEV) as an alternative. The idea of options was raised by a current Model Y owner with water leaks. It wasn’t the only Tesla owner who asked about alternatives. Another current Model 3 owner named Gary was looking for alternatives to the Model Y since they are unhappy with some aspects of their Model 3 and looking for another option. Jake Fisher happens to be testing the Toyota RAV4 Prime, and he suggests that it is a good alternative. He calls it more practical and points out that in his testing, it has been an electric vehicle since he hasn’t needed to put any gasoline into it. Its all-electric range combined with the ability to easily charge it on his 110-Volt home circuit with no special charger works well for his driving needs. “I haven’t had the engine pop on for a week,” says Fisher. Gabriel Shenhar, Associate Director, Auto Test Program at Consumer Reports, concurs with Fisher’s opinion of the RAV4 Prime, saying, “It rides comfortably. It’s going to be an enjoyable car.”

Are you surprised that Consumer Reports finds a Toyota RAV4 Prime that will cost most consumers under $40K is a viable alternative to a $65,000 Tesla? If you are, check out our story that explains why existing Tesla owners are now also buying the Toyota RAV4 Prime.

We have embedded the full Consumer Reports overview of the Tesla Model Y in this story. Note that the part relating to the Toyota RAV4 Prime begins around time stamp 22:00.