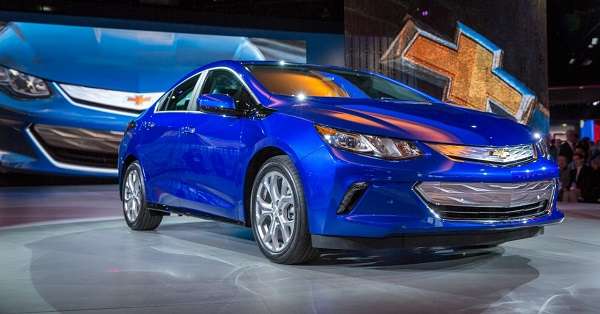 Buyer Interest In EVs Down in 2015 As Electrics Continue Decline

Why don’t Americans want electric vehicles? For the same reason they didn’t want them in 1884.
Advertisement

April through August was the best period of sales for EVs in the U.S ever. The problem is that it was not this past April through August but that period in 2014. For affordable EVs, the peak came in 2013. EVangelists blame the automakers, OPEC, fracking, a vast right–wing conspiracy, and warming deniers for the failure of EVs in America. However, the truth remains that ever since EVs were invented (in the late 1800s), EV designers could only offer two of the three important things car owners want: Good Range, Affordability, and Decent Performance. Internal combustion engine vehicles offer all three. Concurrent with declining EV sales, sales of the other 99.8 percent of the vehicles we Americans buy and drive have gone through the roof and are at historic highs.

The news is really only bad for mainstream and affordable EVs. Tesla is rocking. It sold about 50,000 Model S cars globally this year, about half of them in the U.S. In contrast to the Volt and Leaf, the Teslas are going up in price. The Model S got more expensive adding AWD, driver aids, and a second motor. The shorter-range base model is now discontinued. The 208 Model X SUV/minivans the company produced in 2015 all sold at well over $100K.

Both the Chevy Volt and Nissan Leaf are “new” for the 2016 model year. Both cars go much farther on a charge than the “40 miles per day on average” that EV enthusiasts always point out we Americans drive (while ignoring the fact that most also take trips much farther than affordable battery electrics can effectively go.) In the case of the 2016 Leaf, the newness is a slightly extended range to over 100 miles. It didn’t help the brand in December. Nissan sold just 1,348 2016 Leafs in December. That is half the rate the older model did last December. For the year, Leaf sales plummeted 42%. Nissan has an all-new EV design concept in the shadows, like every major player does, to offer hope to the faithful.

The Volt is much more radically redesigned. The 2016 Volt is better than the outgoing model in pretty much every single way, and prices are now lower for the Volt (and Leaf) than in the past. Chevy says that “nearly all” the 2,115 Volts sold by GM in December were the all-new 2016 models. That is up from last year but only matches the Volt's peak sales rate from 2011 and 2013. Those EV advocates that thought the new models would spur sales have no real data to support that – yet.

Green cars, in general, have slumped. The older than dust Toyota Prius hybrid declined about 11% in 2015, but its actual sales numbers are still very impressive at about 15,000 units sold in December. That number was up for 2014 and about matched 2013. The Prius also had its best-ever sales month in the state of California. Not bad for a vehicle being replaced by an all-new 2016 Prius design in the coming month.

mike w wrote on January 5, 2016 - 7:20pm Permalink
Yes EV sales are down. We were interested in a 2015 Volt. but waited to pick up a 2016-better in every way. I don't live in a CARB state so we are still waiting. Now the Chevy Bolt is promised to be here in 9 months. I will forgo the Volt and get the 200 mile BEV instead. The Tesla gen 3 and Chevy Bolt will be here soon. Why get a Leaf that might go 100 miles. If you can wait you can get twice the range.
John Goreham wrote on January 6, 2016 - 11:11am Permalink
I'm glad you added this Mike, because it was an oversight on my part not to better highlight this valid reason in the story. I completely agree with those that blame poor EV sales in the past year on the fact that there are better designs on the horizon. That said, the Prius that was for sale in December was designed in 2008. Its all-new replacement is due in February. It really could not be an older design. Yet, sales went up. And oddly, Prius sales went up most strongly in California where the new Volt, new Leaf, and every other EV is for sale.
Rich wrote on January 5, 2016 - 10:42pm Permalink
This article either chose to ignore the relevant factors resulting in lower EV sales (aka propaganda piece) or was written in ignorance of EV events that occurred in 2015 which directly resulted in lower sales. There's no information supporting a decline in EV interest. Chevy Volt = GM announced the 2016 Volt would have a significant increase in all electric range early in 2015. This had a negative impact on 2015 Volt sales for the majority of the year. GM clearly under estimated the customers desire for a larger all electric range. GM still believes they're in the business of selling cars and have failed to realize they're now in the business of selling technology. In addition, GM did not provide inventory for the 2016 Volt nationwide. GM is only providing inventory to a few markets / cities, which prevented any kind of rebound sales late in 2015. Leaf = first half of 2015, rumors started to circulate that the Nissan Leaf would receive an increase in all electric range. This started to impact sales. Later in the year, rumors solidified and customers became aware of a limited increase in range for the 2016 model. The 2016 model was not made available until very late in 2015 and inventory levels have been limited at best. Again, ruining any chance of a sales rebound in late 2015. GM announced they would release the 2017 BOLT (200+ mile range EV) in late 2016. Rumors are circulating that GM is accelerating their schedules to deliver the BOLT earlier in 2016. People like myself are holding out for the next generation 200+ mile range EVs. The current offering of EV cars were designed to only appeal to a very limited market segment. There are few people who can afford a $35K+ car and have the will to buy a small car with only 80ish miles of range in good weather. The size of that segment is unknown but it's possible the sales are reaching a saturation point and demand for 80ish mile range electric vehicles are declining. Even if this was the case, to make statements that demand for EVs are declining are not true. Give people a fully capable vehicle with 300+ miles of range for the same price as current ICE (gas) vehicles and we'll see which drivetrain people choose.
John Goreham wrote on January 6, 2016 - 11:04am Permalink
Well said Rich. As I point out in the first paragraph, EVs that have come to market to date don't satisfy the three things most buyers want. When they do (if they do) I agree with you, electric vehicles will take off, assuming the cost of electricity is reasonable where they live. There are 22 additional EV models for sale in the US besides the ones highlighted in the article from 12 other brands. Many are all-new designs. Still, the sales for the past quarter and past year are down, not up.